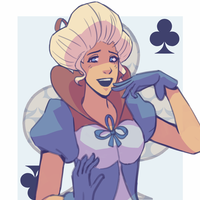 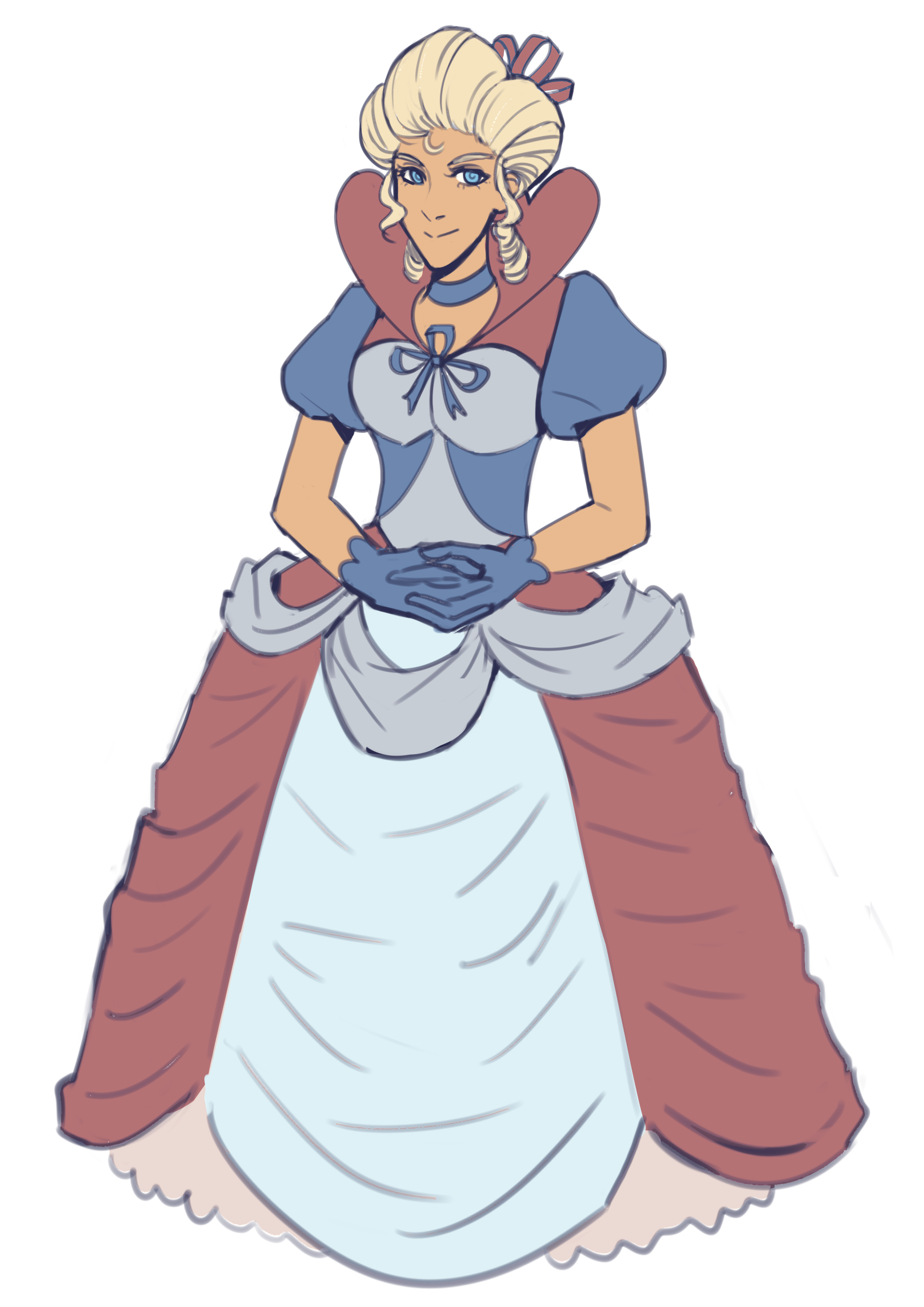 Designed by bulgariansumo (with story-related tweaks + more club motifs in her clothes)! Probably a WIP.
This profile contains mentions of murder and death.
Personality

Chrisodette Crystal, the Countess of Clubs, is cloyingly coy. She conceals her cruelty under considerable conviviality. By some concerning compulsion, she collects curios that come in complementary sets.

OK, that's enough of that. Chrisodette obsessively collects artisanal objects—board game pieces, jewellery, sculptures, paintings—for no reason other than they come in matched sets. You wouldn't call it a problem until one sells a plot of land just to own that precious triplet of rubies cut by the country's foremost lapidary. Or has a collector poisoned under mysterious circumstances just to get one's hands on a tetraptych of sculptures. Chrisodette has done both these things, and more.

Despite all this, Chrissie is ruled by a potent self-preservation instinct born of paranoia. What goes around, comes around...unless you get out of the way when it does. She clings to her seat as Countess of Clubs as if it were the very meaning of her life, and it is the one thing in her life (besides her prized collection) that she would defend tooth and nail.

Chrisodette lived as many Countesses of Clubs did: making demands of the Baroness of Spades, cosying up to the Duchess of Diamonds, quietly resenting the Queen who got the best out of this arrangement.

But then news came that the Duchess, Adamanta, had married Murkvane of the House of Spades, and some espionage later, she learned what she had feared: that this move could—and had probably been made with intention to—jeopardise the Queen, and the very existence of the other Houses.

Seemingly aware of this danger, Queen Gertie soon came offering defence and alliance. Chrisodette, terrified for her life and her wealth and her seat, became the Queen's lapdog.