Old design which should not be drawn. 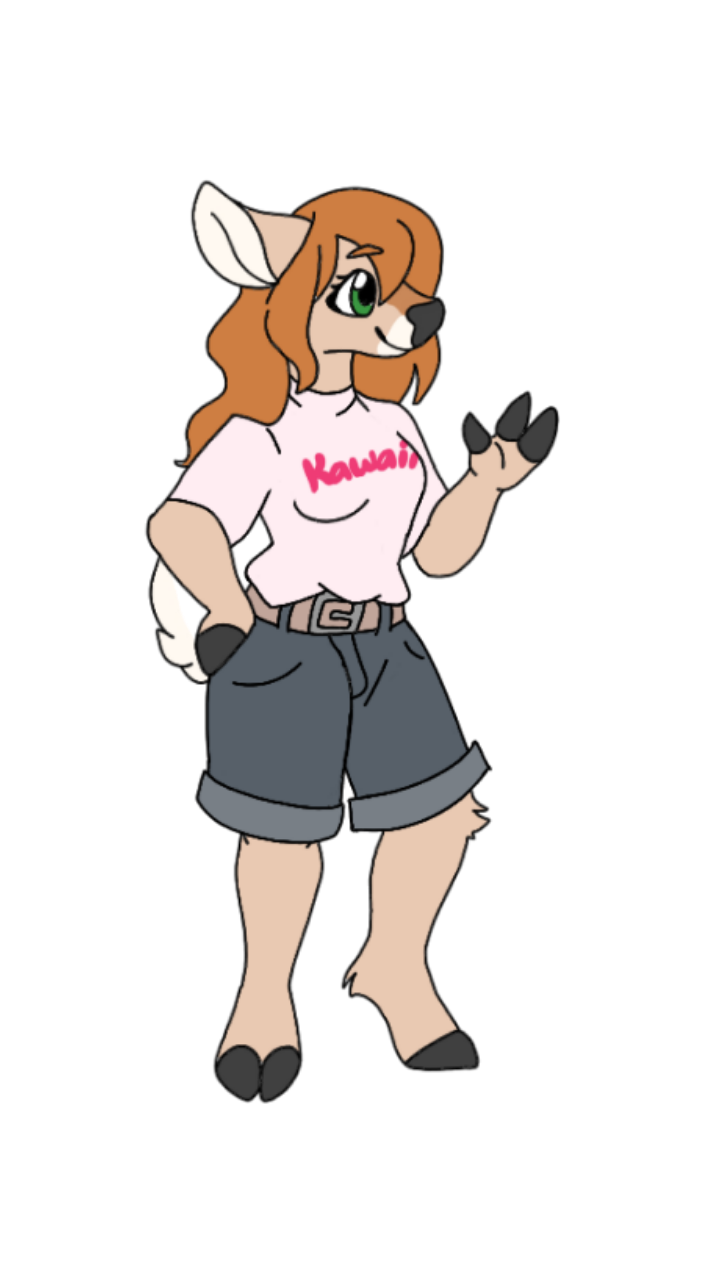 My fursona! She is a sweet doe who loves flowers, cake, and fluffy things.

She has a part-time job as a waitress at a local breakfast place. She makes mistakes sometimes and gets really embarrassed about it but, the customers find it cute.

She is a dandere. Her favorite color is periwinkle, and she loves the smell of rain.

She gets embarrassed easily and has a hard time saying no. She's a hard worker and is very determined to get a career as a baker but it's not working too well. She wants to make people happy with her cooking/baking.

Sherry often struggles with self-image. She is always trying to look prettier and she never feels beautiful.

Why the name 'Sherry'? It was a character in a Webtoon called 'Lumine'. I really loved the name, and it's kind of funny because she's a bad-ass were-dog in the comic but I used the name for a weak deer. But I also like to think it's a Jojo reference because, I can never have enough of those.