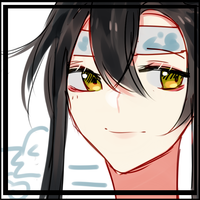 Attractive Men (Faints at the sight)

One of GusuLan’s pretty boy cultivators, Bi’Er is an exceptional example- except for the fact that he’s “allergic” to attractive men (And he cant play instruments). He is fairly well liked for his soft nature and has a habit of helping absolute strangers.

Bi’er has a love for writing BL and is a big fan of the BL genre itself. Because in ancient times, there were little to none BL fanfiction writers, Bi’Er took up the challenge to become a BL writer as a hobby.

Because of his “Allergy” it is dangerous for him to fight in battle. If a hot guy walked by while Bi’Er was fighting, fainting on the battle field is extremely dangerous- therefore he wears a blindfold while he fights.