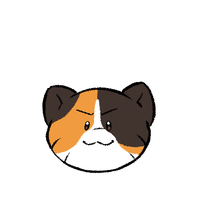 Her first word was "bitch", and her teachers would demand raises four months into the school year. Penny's always been a bit of a troublemaker and out for laughs. She was an only child up until she turned 12, when ten others suddenly joined her, all sharing her fondness for poking and climbing on everything.

At 18, encouraged by her weary parents, she got hired by her uncle Kyle as a file clerk at his server farm across town, a dreadful job—but one where she met the grumpy armadillo server technician Sebastian. The two became quick friends, poking each other's buttons at work and hanging out, bitching about work outside of it. Kevin was added to the mix after Seb found him poking around outside in a dumpster, his cheery, naive attitude more a match for Penny's immaturity.

Still, the mindless, draining work eventually proved too much; Penny went missing in action about a month prior to the start of the story, leading Seb and Kevin on a wild goose chase across The City to find her. By sheer chance, a boy named Colton got thrown into the mix, reliant on her after his own mother went missing and bringing out a surprisingly caring streak in her in the process.

Nevertheless, the trio eventually reconciled and decided to move to the City satellite village of Apricot Bay together and start somewhere less soul-sucking. Since then, she's usually been found hiding under beds and in random closets throughout their townhouse, tending to their garden (which could make the trio some money if she grew anything other than man-eating plants and noxious weeds), and torturing the mailman Arthur at every opportunity (with said plants and weeds).