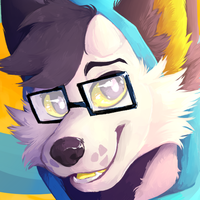 Warning! If your screen is smaller than 500px wide this profile will not display properly

Blink is an ambivert, they enjoy spending a lot of time with friends and meeting new people, and are definitely not by any means shy. However, they also enjoy having a healthy amount of alone time, and often spend this time relaxing in or strolling through nature and sight-seeing. If they spend too much time around others without any alone time they start to get overwhelmed, causing them to withdraw and potentially get snappy or upset with others/the things around them.

They're very compassionate and caring, both towards their friends and strangers. Blink loves to offer advice or comfort whenever possible and wants everyone around them to be happy. If there's ever some kind of conflict going on, they often play the voice of reason, and try to defuse the situation and come to some sort of compromise that all parties will be happy with.

He tends to take the lead in activities with others, both in terms of whatever they're doing, and with organizing things. He's also good at assessing when situations are potentially not going as they should be, and quickly correcting such incidents.

Blink can be pretty aggressive sometimes with his words, but he doesn't mean anything bad by it. He's playfully rude towards his friends and those around him tend to get used to it over time. However, he's also extremely blunt, and isn't afraid to speak his mind or call people out when they're doing something he's against.

He can tend to be a bit over dramatic about things, especially if he's already a bit worked up, but it gets the point across. Whenever things start going wrong and he's not sure how to fix them, he often gets flustered and panicked, and again- over dramatic. If no one else is around to help defuse the situation, these types of incidents will often result in him getting extremely overwhelmed. Once it's over, he'll often withdraw for a while, and may be touchy towards most people if they try to interact with him.

They can also be pretty oblivious at times, concepts flying over their head that to other people may seem obvious. They can be a pretty big dink in these types of situations. 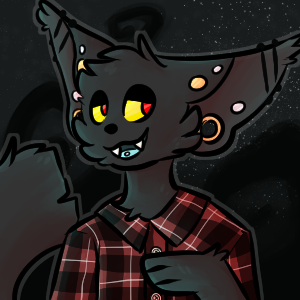