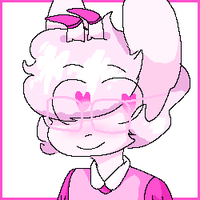 Tinte Ink. At the humble age of 29 - barely an adult in Ants' eyes, who live to be 1,000 - he dueled the previous leader of Ink Colony, Flourish, and killed him. Such a feat granted him leadership of the colony - a coveted position, weary with responsibility and duties, the public face of the colony and its guiding hand.

With that power, he ordered the army to decimate Rain Colony, infact his first decree. Kill anyone unimportant. Rip open the doors of Internal Management and massacre them. And burn their city, Tsakik, to the ground.

But why go to such an extreme at such a young age? For Tinte, the answer is obvious: deep dissatisfaction. Not with Ink Colony, but Myrme as a whole - raised on a diet of myths and legends of the gods of old, Tinte finds the world he's growing up in to be devoid of patrons and guardians.

Disgusted by the gods' seeming abandonment of their charges and creations, he has taken on the duty of bringing them back on his lonesome. And he needs the power of Colony Leader to do so: to disrupt the world so much that the gods have no choice but to return.

But his colonymates distrust him. His youth, violent murder of Flourish, and manic obsession with the gods have soured their taste for him - doubly so when he makes his dislike of gyne clear. And as the other colonies turn to unify against Ink's sudden aggression, Tinte finds himself on uncertain footing.

Still, he has some support. Flow, his personal secretary, intimidated into line. Ihalas, a mysterious External aner who promises tales of gods. And Chande, his only true friend, closest to his heart. And, with his own wit and attentiveness, he's confident that he will unify the world once more - and that anyone who opposes him will kneel.

He's doing this for the good of everyone. Martyr him if you must.