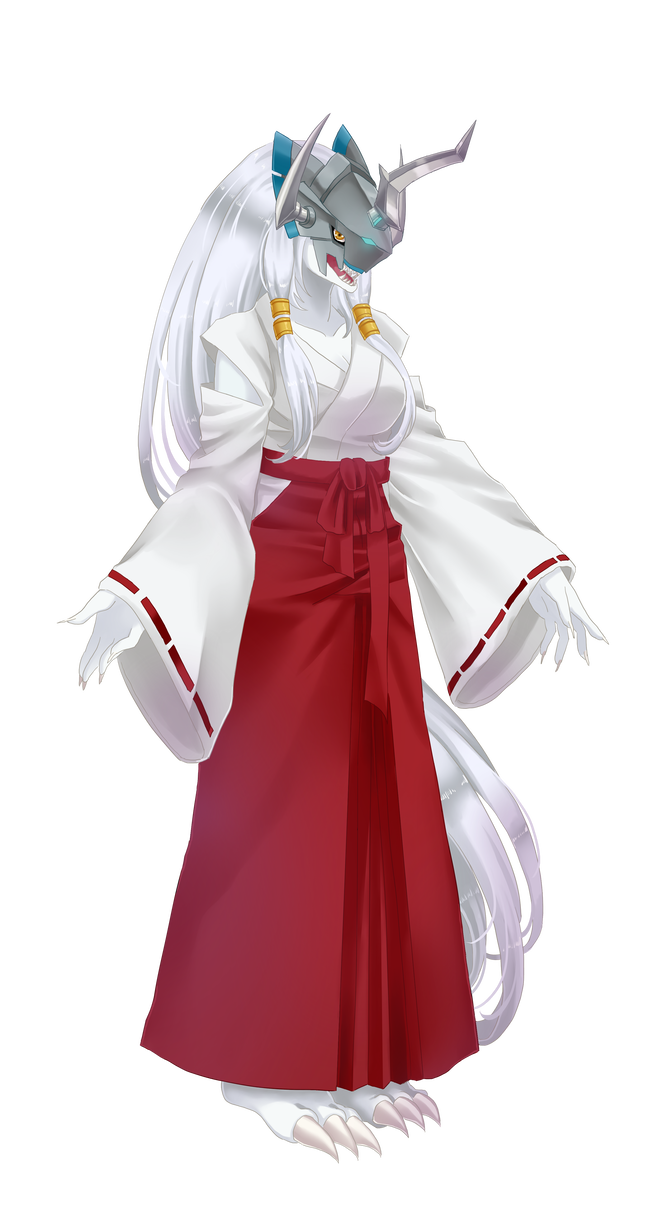 "You don't need to change. I love you the way you are. Please be always the way you want to be."

Shiro is very determined, but also very kind to all she meets. She makes easy friends with many different Digimon. She is friendly and always stays to her meaning and friends.

Shiro has a very slim body build. She also has many humanoid features, such as a humanoid breast and reproduction system, which was caused to be a rare mutation. Her mane is quite long and of beautiful snow-white color. Shiro's skin is, instead of the normal black color, pure white, which is also believed to be a mutation. In both strains, that are visible in front of her chest, she has two rings with digi-runes engraved into it, mainly symbolizing her status as a royal. She wears a red & white priestess robe.

Shiro was born in the summer month to a royal pair of the Gaiomon race. She was born in a BlackWarGreymon Village, her parents died shortly after her birth. Shiro was then raised by a male BlackWarGreymon and a female WarGreymon for the next 150 years. After she left her the village she was raised, she found them on the old tree pinned Kuro. After she freed him they traveled together and searched for the shards of Yggdrasil Tear, which was shattered in a battle with a Digimon of unknown type. 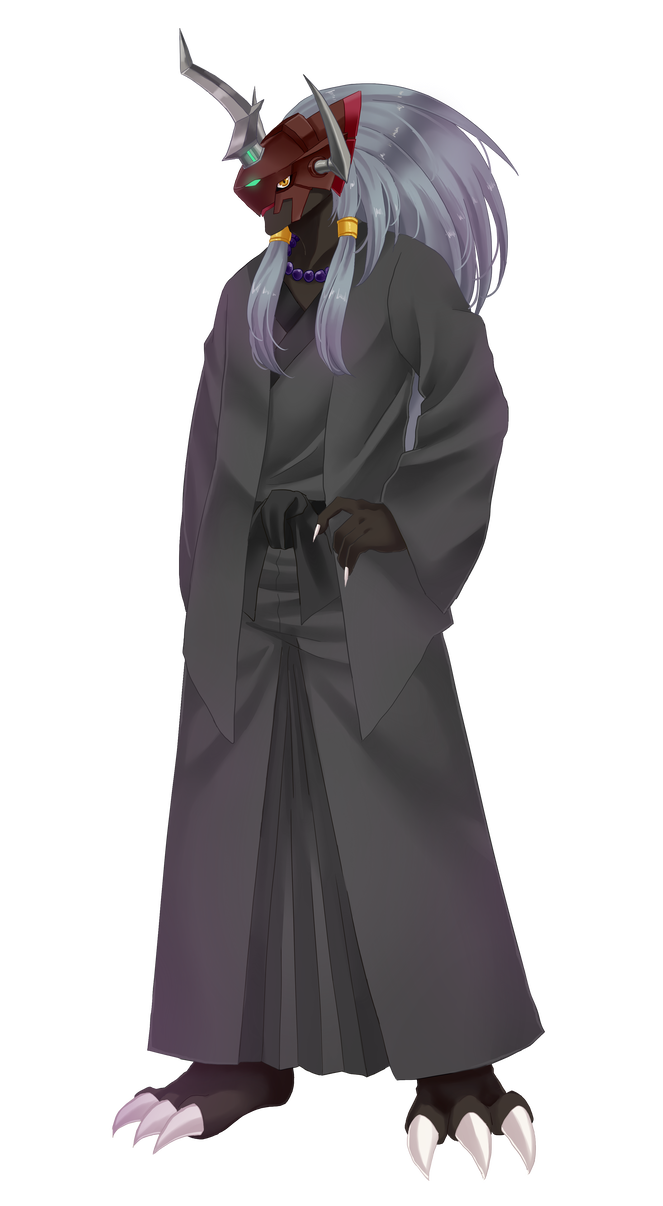