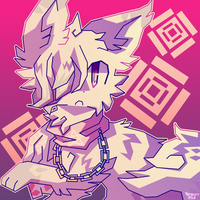 Always likes to take control of the situation

Lost most of her past memories

WIP!! to be rewritten

Quartz lives a normal and quiet life with her couple Shun that helps her in the work. She owns a little cafe where she also sells old books.
She likes hang out with her old friends and writing poetry on her spare time.

Everything seems to go just fine on her life, until one day Shun disappears. It's late night and Shun doesn't comes back home, he used to leave for hours, but it's the first time he doesn't come back for this long.
Quartz thinks he might be spending time with his friends and will come back later. still a litte worried, she goes to sleep.
The next morning Shun still isn't here and Quartz decides to go search for him, she tries to ask people and search at many places at possible but still not success.
she comes back home, and waits a day more.
The day passes and there isn't a single sign of Shun... in that moment she sees on the tv there was an attack at the workplace of her best friend [____] like an hour ago, he was at work during the attack.
It wasn't that far from her house, so she decides to run to the place.
Reaching to the place, she is stopped by the crowd, the guards try to keep people away from the place.
In a sudden moment, she swears to see Shun running in the crowd for a moment, she could not believe it and tries to chase this person.
He keeps running away, reaching to a desolate place, until noticing someone was following him. He stops and turns around.
It was Shun, it was really him. He seems confused and ask, -Who are you?
as Quartz answers, -What do you mean, where were you?
Shun stays confused and tells her to leave him alone, Quartz just doesn't understand and keeps on asking him questions.
Shun seems to be getting annoyed and pushes her away aggressively, Quartz tries to defend herself damaging Shun accidentally, she's sorry for that, but that makes Shun even more mad and attacks Quartz really hurting her as Quartz weakly falls down.
Shun has forgotten everything, something has happened while he was gone, as Quartz sorrows and keeps on asking him.
Shun is tired, and kills her. She didn't mean anything to him, just another stranger.
As soon as Shun tries to escape, he gets shooted and dies.
That's when the General Coal shows up, who was looking from afar. He could not resist to feel sorry for her.
Coal might know the reason behind this, and finds what just happened unfair. He possesses a magic wand which power is returning people back to life, and just what he does with Quartz.
In a sudden moment Quartz opens her eyes again, looking confused at this mysterious person.
And Coal asks, -Would you like to come with me?
Quartz doesn't feels the same, she isn't dead, but isn't alive either, she cannot describe this feeling.
She blindly accepts the offer and Coal takes her to his leader, Prismarine.
Coal explains what happened, and Prismarine offers her a bracelet saying with this no one will hurt her again.
A powerful treasure that she owns now.
They take her to their base while General Coal shows her the place.
Somehow she feels safe, Coal sees a little smile on her and ask tells her he will show her somthing.
-your room, coal says. It was small yet cozy, but Quartz seems happy.
During all this time Coal still hasn't introduced himself, so he proceeds to do it and the rest of the members.
All of them have something special.
Prismarine, the general of the army, lord of the ocean.
Coal, general of the undead.
Snow, general of precognition.
and Quartz, with the bracelet of mind, making her the 3rd general.