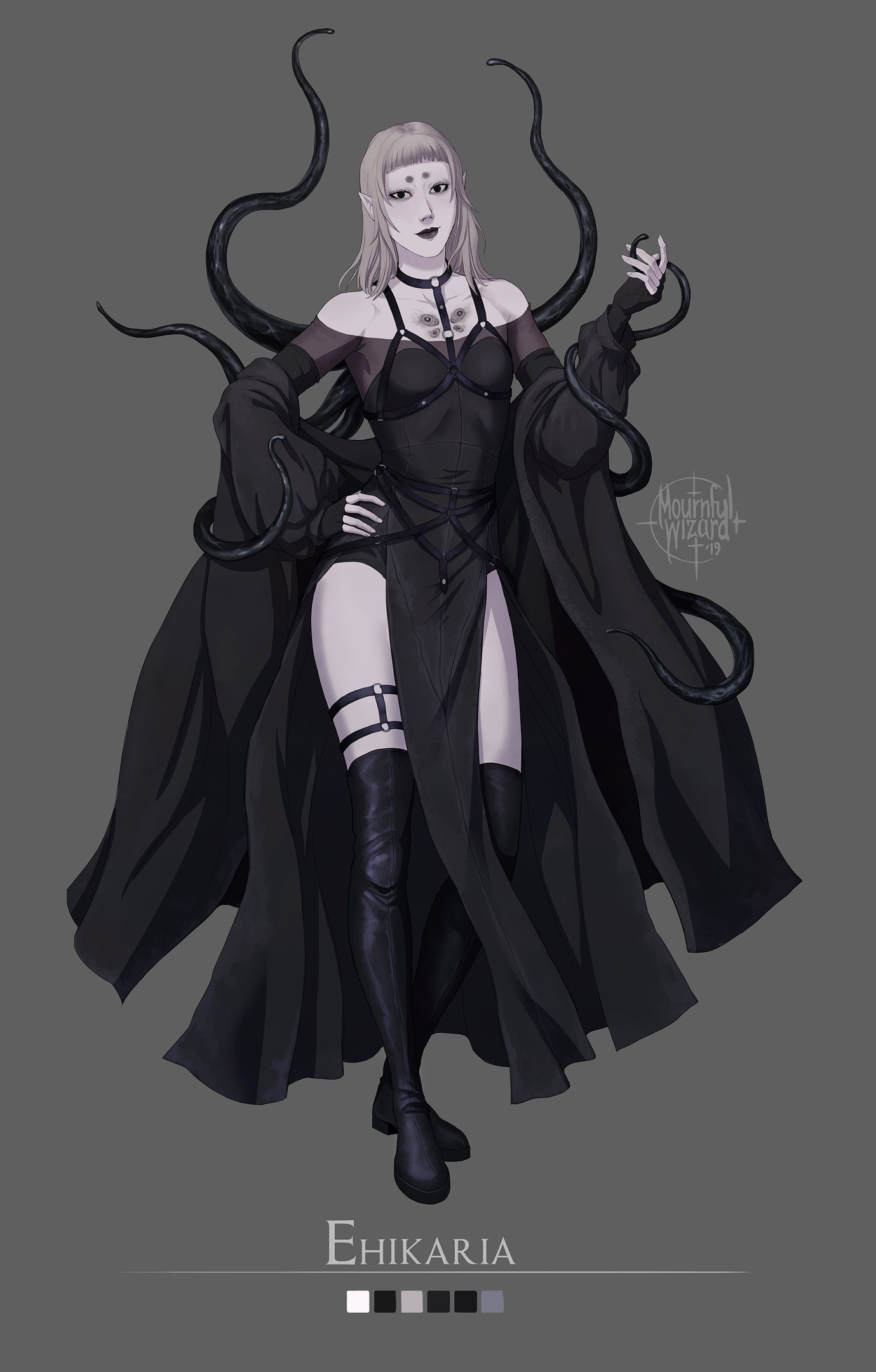 1. For certain reasons, they lead a rather secretive lifestyle. Their current occupation is the head of illegal coven of mages. It can be said that Ehikaria is a successor of previous archmage, who disappeared for mysterious reasons after tempestuous rapprochement with his new assistant, who just happened to be Ehikaria.

2. Once upon a time Ehikaria was an ordinary girl ... in part. The other part cannot be called a material living organism. They have achieved a symbiosis state.

3. In a sense, they are a child of Nakheliore and Helvyriss. Such is the divine miracle in this world.

4. If someone in their influence zone shows dislike or ignore them, they will do everything to achieve adoration or even worshipping from this person. Ehikaria loves when everyone loves them. They need a fanclub around!

5. And it is not surprising that they love themselves very much ... in all senses of this word.

6. They are able to steal a face or certain features of the one they particularly like. Perfectionist and committed to the ideal they have at that moment. No one knows how they looked at the very beginning, but the current appearance is their favorite.

7. They can also change their body, and may look like an almost normal girl or as nightmare fuel. Holes visible on their back in normal state can produce long black tentacles. They also have another strange marks on their body, like the pattern on a chest, which resembles a butterfly's 'eyes' on wings.

8.Their body was originally female, but what happened to it later does not fit into the norms of biology. The closest word to describe them is 'hermaphroditic', and they are completely infertile.