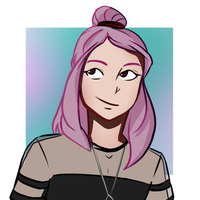 Padded/flexi armoured suit to reduce damage from incoming force and protect her joints.

A pair of support item boots that allow Satomi to adapt her quirk for enhanced mobility. By activating her quirk on each jump or step she doubles the force behind her movements and the shoes direct the energy downwards in a way that propels her up rather than just damaging the surface beneath her feet. She uses them to jump off building and immediately reflects the impact outwards from the bottom of her feet.

She can activate her quirk for a small window of time (just under 1 second) to reflect an attack. Alternatively, she can activate her quirk to absorb the attack for later expulsion but attacks with power levels that exceed her max capacity for absorption will still cause the remainder damage. The faster she emits the absorbed attack the less damage she takes on herself and the stronger the hit is. As she develops her quirk control, she's able to contain attacks more effectively at a reduced risk to herself. The type of damage from the original hit is also transferred for both attacks. For example, a fire punch that's absorbed will allow her to attack with additional flame damage in her next physical attack. If she reflects a sword attack, she will deal slashing damage despite being unarmed. After her schooling at UA, she's improved the versatility of her quirk.

Satomi doubles the force behind her martial attacks by activating her quirk on impact. Along with the original kick or punch, the resulting opposite force from contact is reflected back onto the recipient as well.

Satomi gains momentum by jumping off a high area or continuously jumping up and down, eventually generating enough force to propel her upwards or forwards with enhanced speed. Not a viable option without the use of her Drive Kicks as the uncontrolled output has a risk of breaking the surface she's standing on rather than propelling her where she intends to go. She's more effective at gaining vertical distance than she is horizontal.

Satomi can disperse an attack from another part of her body than where she recieved it. This allows her block and reflect more effectively and to take minimize damage taken in cases where an incoming attack /force is too large for her to reflect effectively. She emits the energy from varying parts of her body so it 'passes through her'.

There is a maximum level of power that she can reflect/ anything exceeding will cause damage. She can't spam her quirk activation without becoming fatigued. Attacks that deal damage overtime rend her abilities near useless (flamethrower or freezing) due to the miniscule window of time she has - she combats this by using her reflective abilities to give her a window to retreat when she can or absorbing bits of the damage for later use.

Personable and carefree, Satomi has a high tolerance for nonsense except when it comes to her brother. She cares a lot about how others percieve her where he does not. Although she's accustomed to his antics at home she is easily provoked by them in public spaces; especially at school in front of her peers. She's careful about her public image and is careful about not seeming overly eager about certain things.

In the comfort of her home, Satomi is just as enthusiastic about her interests as her brother. In opposition to his cartoon and superhero craze, she has an all-consuming interest and loyalty to musical groups and popular boy bands in particular. Her tastes are varied and range from rock to rap, but being pretty doesn't hurt.

Satomi, her brother and their mother live together as a happy family of three. They are a tight knit group with eccentric but welcoming personalities that mesh well together. Their mother divorced their father a few years ago and the kids are both pretty much over it. Their dad doesnt show up much, if ever. 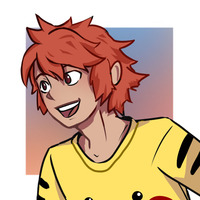 Satomi's younger brother and fellow UA High School student. He likes to embarrass her at school and she likes to tease him at home. Her favourite way to get at him is to talk about his most cherished characters and stories dismissively or in ways that are wholly untrue and incorrect (Tazmanian Devil guy from the S-Men). They are constantly trying to one-up each other in nonsensical things such as who has more specialized trivia knowledge, who can throw things the furthest, and who has the better aim. Bickering is how they show they care and their mother is not worried about it in the least. 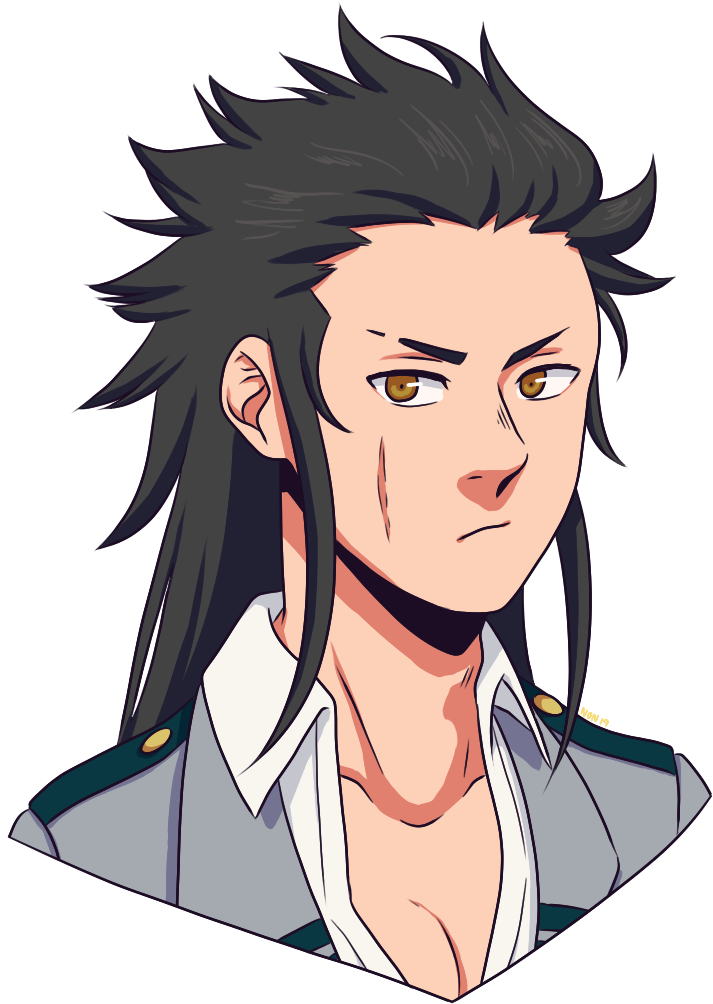 Long time acquaintance turned significant other. Satomi, while aware of Eizo's reputation and presence at school, tended to disregard his presence. After a few chance encounters, she observed his demeanor and actions to be contrary to what the majority populace seemed to think. His quiet, sensitive and nurturing personality, in contrast to her own, eventually won her over.

Reika and Satomi are close friends that don't tire of each other's company. Reika's kindness and patience make her a joy to be around. Satomi finds her presence to be reassuring and fun. She is a source of understanding and discretion in times where Satomi might lack those traits. They spend a lot of their free time together as best friends do.