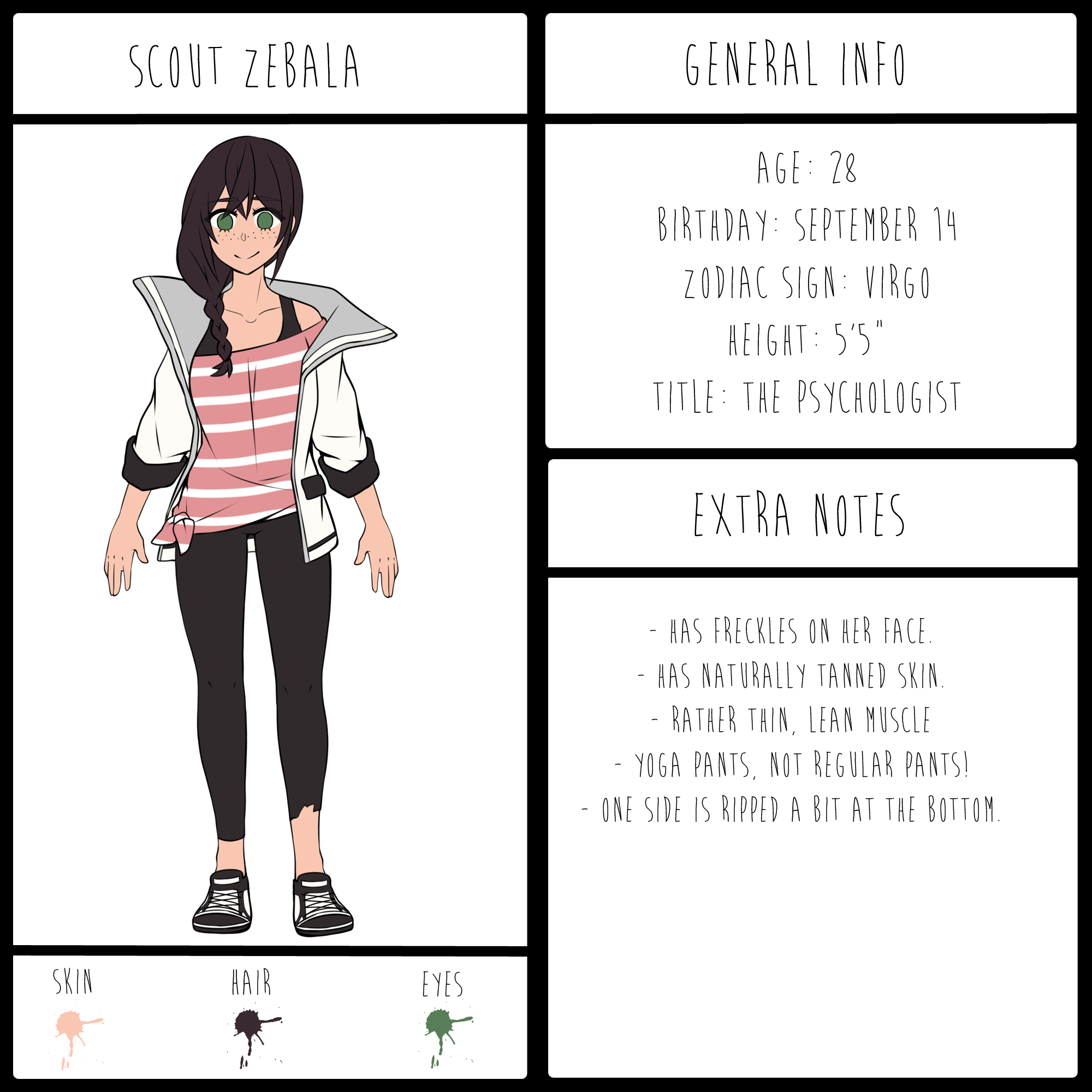 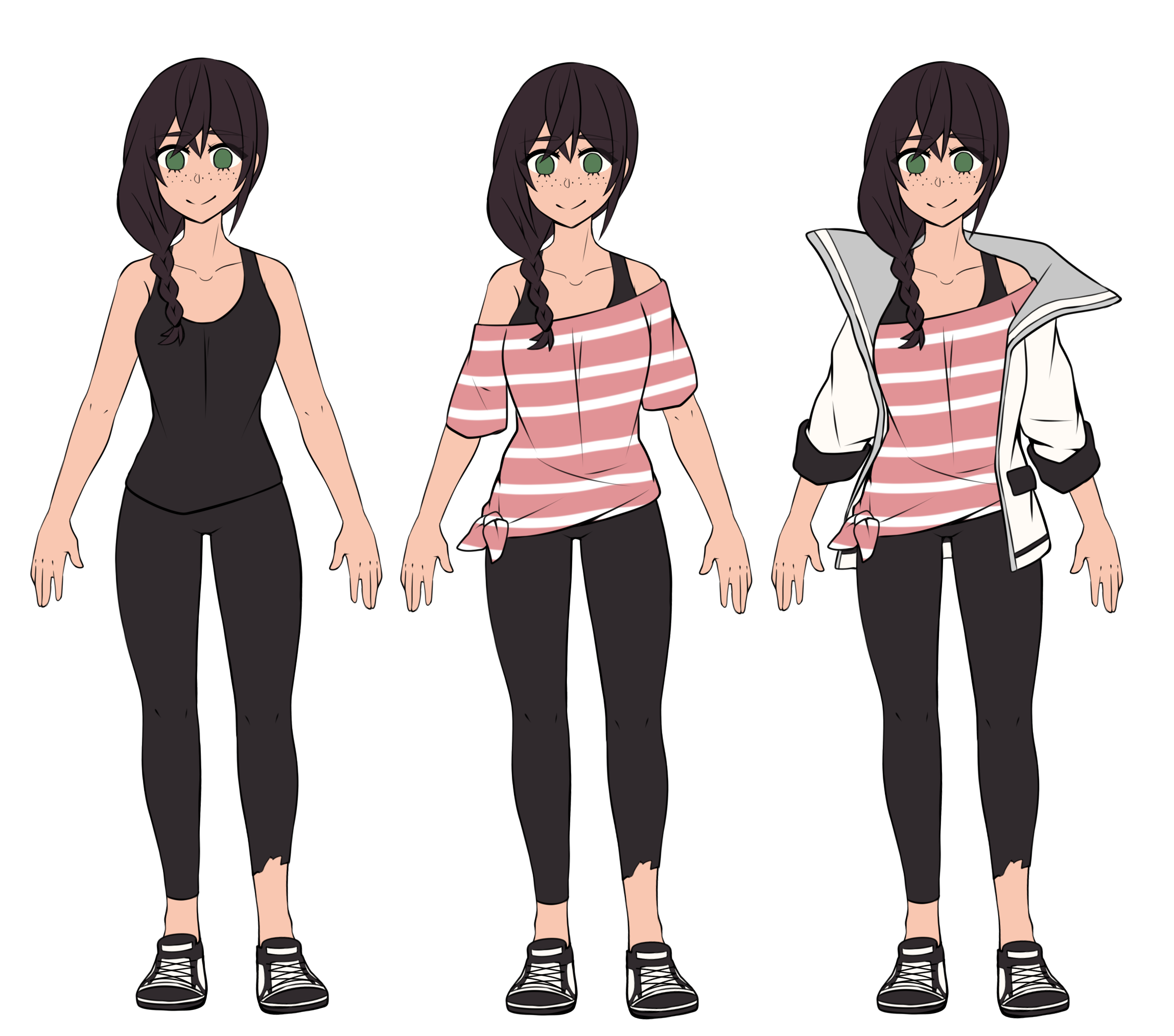 If you didn't know any better, you would have thought Scout was born and raised in the city. She has a love of the quicker pace of life, of all the possibilities and the hustle and bustle. She also loves the opportunities it brings, always striving to improve herself.

Scout is painfully aware she was always meant to do bigger and better things, which helped plant a prideful seed inside her at a young age. She tries not to belittle or think less of people, but she's truly flabbergasted when others can't seem to comprehend ideas or critical thinking. These are inner thoughts though, and she hides her bewilderment well.

This has sort of created a wall around her heart, not really wanting to let people in easily. Nobody in her hometown knows it, but in her circle of friends in the city they're all aware of how she flees from commitment, never really trusting her partners fully.

Her loyalty outside of love is staggering though, and she'll always pick her friends and family over strangers. They come first.

On the flip side, she does like getting to know people, never missing an opportunity to put her degree to use. She's still very social, despite her shortcomings.

Scout was in the city, specifically at the university working her intern hours being an aide. Knowing the city was dangerous and worrying deeply about her family, she decided she'd rather trek out on foot than stay in the school and wait for help. She's working with Imelda, and the two set out together to walk the long, lonely road to the very small town.

Scout is the first born and oldest child of the Zebala family, with a younger brother and father. Her mother passed away when she was in first grade, leaving the family of three to live their country lifestyle.

Scout's father wasn't keen on being in the heart of the town, preferring to live off the land and wanted his children to learn how to survive outside. They went into town only for supplies and the occasional meal or visit. This wasn't what Scout wanted out of life though, and as her father called it, she was being rebellious.

She always had a knack for school and always scored high and dreamed big. Through high school, she worked hard and serious to win scholarships and to go straight to university. Her plans were set back for a year when her dad passed away when she was 24, moving back in with Levi. After that, she always tried to get Levi to come back with her, saddened he'd refuse to leave the family home.

Scout has been living in the city again, coming down often to visit Levi and Percy. She knows the path to home well.

She absolutely adores and dotes on her brother, whom she basically raised. Her life essentially revolves around Levi, and she's quite positive he actually loves the attention.

A most trusted friend. Percy has always been there with the family, even when she was a child. He's like a second father, and she trusts this man with her life.

Once her professor, now Scout is working under her. It's a very respectable, professional relationship. Imelda has taught Scout many tips. Before this incident, Imelda was trying to find Scout a good job within the university.

The only other person that seems to like modern living. Scout has an interest in New Age knick knacks, which is exactly what Ash sells in his shop. The two struck up a friendship through common interests, so she'll come chat when she comes by.

Dated for a short period in early high school, the two haven't spoken since. By chance they found each other in the apocalypse, and though he's a lowlife, there's still chemistry between them. Finds herself trying to deflect his anger from the community and towards other projects and the like.