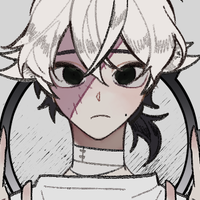 Valentino spent most of his childhood caring for others, wanting to help people in any way that he can. He's a people pleaser, and deep down loves attention. Although he never seeks it out! Valentino eventually began to study to become a nurse once he graduated. He started to become well known for his knowledge, communication, and attention to detail. As Valentino's adult life started picking up after he got his dream job, his brother Nero's slowly went downhill.

Valentino has a brother named Nero, and they're the exact opposite! Despite this, they loved each other very much. Their family life was complicated, Valentino achieved and exceeded his parent's expectations. Meanwhile Nero didn't. Which often resulted in emotional/physical abuse for Nero. Nero never felt envy towards his brother, in fact, he always encouraged Valentino. Giving Valentino advice that Nero himself wouldn't take. Valentino often feels as he's at fault for Nero's issues, and urges Nero to seek help in his adult life. Valentino is set on helping his brother with his issues, and perhaps maybe even greater issues to come.

Valentino's ability, Wound Transferal, allows him to heal other's wounds by transferring their wounds onto his body. His pain tolerance is amazingly low, and his wounds heal very slow. So using his ability on a badly wounded human, could send him to the hospital. Valentino never thinks about his actions, he just jumps into it. Which often results in him horribly wounded, but as long as he saved someone, he's happy. 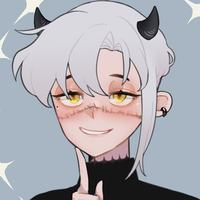 Valentino cares deeply about his brother, Nero. He doesn't agree with Nero's lifestyle, and actively tries to get him help, Which never works. Despite this, Valentino makes an effort to see Nero whenever he's free. As children, they spent their lives protecting each other, often Valentino would transfer Nero's wounds to himself. Even though Valentino has a low pain tolerance, his love for his brother is unbreakable.