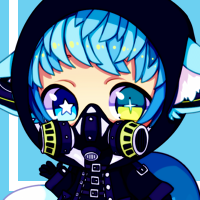 A freedom and justice fighter who lost his life protecting the place he loved so dearly. After loosing his memories in the limbo, Yuzuru's soul was tainted by unknown emotions he did not know,

Cause of Death: Beaten to death during a protest
Reincarnation Condition: Seek the pure heart he once had and believe in humanity once again.

Yuzuru had always been a person with a strong will and a huge passion to do somthing good for the world since he was a kid. He belived in fighting for what is right and would stand up for justice even in the face of authority. By the time he was a teenager, he formed a sociology club at school which was dedicated to social criticism and promoting political critical thinking at school. With him at the center of the circle, he lead many of his classmates spreading public awareness about the untold truth behind new policies from their government; he fought especially hard against media censorship and political brainwashing, and he would never step down despite being labelled as "disruptive" and "problematic" by popular medias. Yuzuru eventually proceeded to join activist groups after graduation, participating in major demonstrations and protests as one of the leadering figures to make their voices heard.

Several years later, Yuzuru was involved in a major protest in town, a new law ragarding a change in the jurisdiction system had raised a lot of eyebrows in society yet not a lot of people would dare (or care) to challenge. With his natural leadership instinct, Yuzuru lead a group of activists putting up a strike down the city. However, despite Yuzuru & co. were lawfully putting on a demonstration, the law enforcements apparently viewed them as a threat and attempted to remove the group from the public space. Yuzuru instructed his people to stand their grounds, but the tension escalated quick enough when a single shot was fired from afar, with enforcements charging forward to force their way through brutally. Yuzuru remained on scene to assist his people evacuating to safety, yet he was caught from behind and pinned down to the ground. Unable to move, he was beaten up with a baton repeatedly. Just before he was about to pass out, he rolled over and looked up to the sky, there he saw the masked face of the officer who pinned him down, with eyes filled with hatred. The man raised his arm to deliver a fatal strike, and at that time, Yuzuru heard a voice from beneath the mask, "Terriorist!", it said. Then there's no more.

After Yuzuru's death, his soul was not able to move on and was sent to the limbo. There he was given a vessel of a fennec fox plush by Milo, which gives him the power to transform into a kemonomimi human. Yuzuru lived in the Garden like the other souls for a short while, but seeking repentance for a chance to reincarnate simply isn't lucrative enough for him, he couldn't see the point of living another life as a human if he could already do whatever he wanted in the limbo. His ambition grew bigger when he met a boy named Riki, who was an outcast because he was often being told off for covering the Holy place in graffiti. Hoping to make Riki happy, Yuzuru had found a place at the outskirts of the Garden and built a small shelter for the two of them to live in, allowing Riki to draw as much as he wants away from everyone's eyes. This inspired Yuzuru to realize that he could start creating his own santuary in the limbo, so he began to expand his territory and recruit more lost souls to join him in an off limited region which he named "Neonia". After creating Neonia, Yuzuru eventually crowned himself the crime lord and rightful ruler of said area, he began running all sorts of criminal businesses and enjoys the power he got in return for doing so.

Yuzuru may be the antagonist in his universe, but he was no doubt a hero in his life before death. From hero to villain, it is more or less a reflection of the way society has created its monster by corrupting the innocent's minds. Yuzuru truly believed in doing the good things for the betterment of the people, he may be young and naive, but his actions were never harmful or purposefully destructive. Many people in the society understand this, a lot of which even agree with Yuzuru's believes deep down, yet they were too accustomed to their unchanging daily lives, and would rather stick a disruptive tag on him to make things simplier for the comfort of their minds. Yuzuru had dedicated his youth to fight for a better future for his people, yet there still remain those who sees him as a terrorist before he lost his life. In the end, he never understood that it wasn't the bitterness and hatred which caused his soul to linger in the limbo; but rather the sadness of witnessing social ignorance, the regrets of being powerless, and the sorrow of watching his country fell to such a hopeless state that filled his ego with repentance.
Yuzuru might have lost his faith in humanity after death (which was more or less a decision for entertainment purpose than actual symbolism), yet he met someone that gave him an inexplicable level of comfort - Riki. Childish, pure, and being treated as an outcast, Yuzuru unknowingly saw his previous self on Riki's reflection and began to love him unconditionaly. From seeking a safehouse for Riki to paint his graffitis all the way to starting up an underground city, it was Yuzuru's desire to shelter Riki (the innocent) from the Gods (authority) which caused him to build Neonia in the first place; in short, Yuzuru after death was not as despicable and cold-blooded as he may have acted, because deep down his yearning for goodwill and innocence still remains. 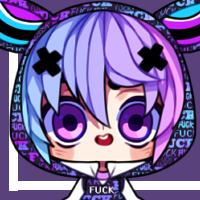 Riki is the only person whom Yuzuru would protect without question. Riki can always be seen next to Yuzuru and is pretty much second in command in Neonia. Yuzuru setting up his own territory in Milo's limbo has caused quite a bit of tension between the two (mostly tears from Milo xD). Despite Yuzuru's hatred towards the Garden, he actually does not hate Milo himself. Instead, he pities Milo for being the higher deities' puppet by doing their biddings all the time.