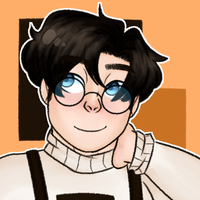 Not a whole lot about Alexei is particularly extraordinary. It's exactly what bugs him.

At first glance, he's a bit quiet with an ambiverted nature that leans more towards introversion. His mind is usually off somewhere else (and then some), and it isn’t the best for his productivity. Beyond that, people say he’s a humble guy with genuine talent (that isn’t the best at taking compliments) who isn’t afraid to defend himself when he needs to.

Given his young age, Alexei is trying to find his place in the world. There’s a part of him that says it’s music, and others that say that it should be somewhere else - but that’s okay. There’s no rush.

come on, strum it, a song of proof