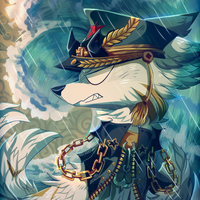 "What The Ocean Left Behind"

In the seashore of Ocean City, Mar, a seaman who was a captain on a ship that crossed the Atlantic, dreamed of the ocean bringing prosperity to his beloved Ocean City.
His words of encouragement, many would say, changed the course of history in the world he lives in.

Mar is one of the few seamen that uses his voice, not to demand, but to encourage others, like his father did in his time.
He loved the ocean, not only for what it brings, but for its beautiful, peaceful serenity.
He would stand on his ship and stare out to sea.
People knew Mar as "Lord Of The Ocean"
His father built a small house on a tidal bluff, exposing his land to the ocean.
Life became good for Mar, and his love for the ocean was reciprocated by the people of Ocean City.
That love was the foundation of his family and the base for a growing town that was able to prosper, like Mar dreamed.

The secrets of the ocean are hidden from the eyes of the world, except for those who have an intuition to look beyond the veil, into a hidden reality.
That deep secret is a power that only few know of, and few have the courage to look deeper into the ocean, and Mar is one of them.
He knew what lay beneath the waves, but he never tried to explain it to the world. For some reason he was fearful, afraid that someone would seek to understand. So he kept his knowledge to himself, but never lost hope that someday the world would be enlightened by the secret of the ocean.

Mar spent his time with his family and friends.
His son, Prism, was his pride and joy, and he cherished the time that he spent with him. He also cared deeply for his wife, Rain, she was a lovely young lady who had come from another ocean, one that was filled with secrets. She seemed to understand Mar's passion for the ocean, and wanted to be there with him.

For Mar, like all seaman, their dreams are filled with so many adventures. And that dream was no different from his son's dream of exploring the secrets of the deep blue ocean, of sailing and exploring the horizon. Mar wanted his son to have all the adventures that he had experienced when he was younger, because the bond they shared was deep and lasting.
But things were not as they had seemed in the beginning.

One fateful day, the wind died down, the sky fell silent, and the ocean was still. Mar closed his eyes, and he could feel the deep sadness within his being. The silence seemed to weigh upon him and his son's heart as well.
“But father, what has happened? We were just so happy yesterday.” Prism spoke as he paced the empty shores and the empty sea. “I can't understand what has happened.” Mar's face seemed to wrinkle in pain.
The loss of the wind, the silence of the sky, the stillness of the ocean, and the sudden departure of his beloved wife.
Mar's eyes shone with a distant hope as he looked at his son. Prism sighed and closed his eyes, he too looked up to the clear blue sky, where even the clouds seemed to be afraid of the wrath that had been unleashed on the world.

As days passed by, Mar continued to gaze into the vast emptiness as he could not yet fathom the meaning of the strange events that occurred over the course of that fateful day.
The next morning, Mar woke up and looked around. He had a strange feeling that something bad had happened, he could sense that there was something different about the world, but he couldn't quite grasp the meaning of it.
The wind that had once been filled with a kind and gentle breeze, was now the force that would cause the destruction of everything that it touched.
Everything that was once known, was slowly fading away.

The people of Ocean city, whom Mar watched over so long, had started to leave the town in search of better places. Mar knew that they were no longer safe here, and they were right to feel that way.
He was sad that he had failed to protect them from this new danger, but he could feel that there was something he could do to change that. He could feel the ocean calling him.
His dear Ocean City was no longer a safe place, Prism and Mar, all alone, had no option, but to leave.
As they walked off into the port, their last sight of Ocean City would always hold in their hearts.
And together, they sailed into the unknown.
Their journey took them far and wide, across all the deep ocean.
With the wind in their sails, and the waves ahead, they were on the brink of a new adventure.
Their journey would be long and challenging, but Mar is determined to find what he seeks.

Their journey took them further and further, now on the open ocean, never knowing where they would go or what they would see.
And with each passing day, it seemed to Mar, that the ocean they were sailing was drawing him more and more towards it.
The answer showed up, on the edge of the night, looking out over the mighty black ocean, but in the darkness of the sky was a new light. A deep blue light, like none they had ever seen.
It was calling them in.
He sat and stared at it, Mar got lost in his own thoughts, unaware of what was to come.
It was then, that a storm arose, as darkness enveloped the ocean, storm clouds moved in to swallow up the sky.
As the fog of the atmosphere over storm came to encompass the region, it created a thin line of light as though the sun had eclipsed the clouds.
For a moment, a light shone from the sky, like lightning, and a sudden flash erupted from the clouds. The shockwave smashed into their ship, and as it broke apart, spilled upon them in every direction.
His mind started falling apart, and he wasn't really able to do anything but slowly watch, helplessly, as the world went from white to black.

Aimlessly, his ship finally touched land. And a small spark of hope lit, flickering as darkness started descending for another sunrise.
Mar opened his eyes to the last remnant that the sky held, the new sun emerged across empty sea and an abandoned ruin before him.
In the end Mar returned to his home. Silent, empty, dead.
Sad eyes gazed the direction that only lead to a lifeless world around back the shore line.
But...
Where...? In tears Mar stared. Just for those seconds, Prism lay beneath his gaze, broken and crushed as he stared at his son with his last dying breath.
"I'm sorry... I'm so sorry..." Mar mourned silently.
Mar's eyes grew sad, and a moment of despair enveloped his soul while he heard the soft echo of the waves pounding ashore from afar.
He sat still as his thoughts were clouded by sadness and guilt.

At that moment, he suddenly heard a small clinking sound. He turned his head to find a single ray of light coming from a small hole in the roof, shining down on a single object.
The object he recognized, a blue orb in the shape of a wand. Portrayed in legends as the soul gem.
Mar has been the possessor of great treasures that the sea had guarded, but would never reveal their secret.
But now, it seems that time has finally come.
He reached for it, with his trembling hands holding to the cold and thin material.
He turned back to Prism, and Mar took a deep breath letting out a long sigh, with his pale face, and his chest aching in deep emotion.
Finally, reaching his hands out, he brought the object closer to him. Slowly sliding it to his forehead. And just then the scene of Prism's death faded from Mar's eyes, and in his mind.
Hoping for some sign, a whisper that something would be okay, and that he may hear the sound of the waves one last time, but... he heard nothing.
The blue light in the orb slowly disappeared leaving him there all alone with tears covering both sides of his pale eyes.
He looked around, until his gaze caught upon something that seemed familiar.
He saw himself dead.
How was this possible? Before he could even understand, his mind was suddenly gone.

A feeling of great power washed over Mar and started to take him away. He looked over his body and all around of him. Everything from his life, had become Nothing.
But somehow that strange emptiness... he began feeling something... as something else had now become him much deeper inside.
It was the ocean, calling out to him.
A strong desire to go back to that place, and be with it one more time filled him.
He turned around and started walking forward leaving his ship behind.
XIVIL, it was its name. Written on the side of the ship, he looked at it in wonder, what it meant to him now, he did not know. But he had the feeling of something that he would never forget.

The sea, the waves, his life, his journey...
He began to slowly walk into the unknown. He did not have a destination but only a sense of something that he could not quite put words to. He began to feel something in him changing.
The old Mar was long gone, and with it, the desire for answers.
"Why am I here?"
"What am I meant to do?"
"Why did I leave all this behind me?"
"What will I find?"
He looked around him, but did not feel as though he could answer those questions.
His mind was becoming something new and unknown. He looked at the sky above and the ocean beneath.
He could not help but to smile at the moment.
"Life...is just… Beautiful, as beautiful as the sea".
The ocean whispered, Prismarine, was his name.