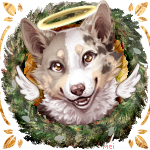 Angels are created out of souls with the purest of hearts, which is exactly what Natalie possesses. Born a Hunter and destined to fight and kill creatures, she never could draw her bow at anything other than the evilest of beings, and even then, she always used violence as a last resort. She believes every creature deserves a chance to be redeemed.

When Natalie was chosen to become an angel, it was because of her unshaken beliefs about how to judge and punish people. Instead of death, she chooses trials for them to prove they can change and shake whatever darkness has consumed them. Very rarely is any creature inherently evil, which is what Natalie seeks to prove through her duties on earth. If they cannot be redeemed, she believes in them serving time rather than dealing them death.

Natalie is loyal to a fault, and is, in fact, too kind. It is challenging for her to tell people that something is bothering her, or to correct people for mistreating her. She prefers helping others instead of receiving help for herself, which wears on her over time. Affection is what she strives for in her relationships - and she has a naughty side to her as well. She never gives up on the people she loves, and she’s always a source of knowledge and love.

Monsters will always exist. There's one inside each of us. But an angel lives there, too. There is no more important agenda than figuring out how to slay one and nurture the other. ― Jacqueline Novogratz 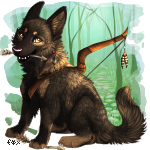 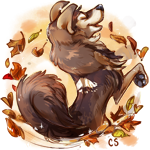