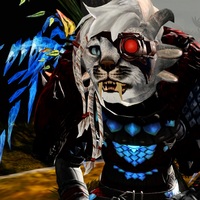 Damien is quite small for a charr, with mostly gray fur with faint darker spotting, and a white underbelly, with a white mane that is braided and has rusty highlights. They did not used to have their mane grown out, and instead shaved it. They use a magitech scope to enhance their left (your right) eye's vision as it was damaged. Otherwise, their eyes are a steely-blue.

They prefer to let their claws grow out and break and sharpen naturally. Their fangs and horns are not short, but not long, just about at a medium length, with their horns pointing backwards. Their ears lean on the longer side.

Armor is as follows:

They wield a God-Slayer Longbow and Caladbolg Orchida (Greatsword), and at times Phoenix Reborn (Axe) with a Beacon of the True Legions (torch).

Eccentric is a good word for this charr. Preferring peace to war and conflict, finding fascination in religious beliefs of other races (particularly the Six Human Gods), and secretly believing they are the reincarnation of a human hero of old, Damien has always stood out as a little weird in the Black Citadel. But they can have a temper, and are certainly far from afraid to get into fights or use violence to make a point, being particularly prone to punching people for making bigoted and otherwise nasty remarks.

They are neurodivergent and sometimes become "animal"-like when in high anger and stress situations, often going nonverbal, but this is more commonly seen in private by those closest to them. However, they don't have a problem with eating like an animal.

They have an immature sense of humour, and tend to try to be positive in front of others even when they aren't feeling great themself. They are generally very merciful and willing to believe in others, but when someone truly catches their ire, they become incredibly aggressive and bloodthirsty.

Like most charr, Damien's parents weren't present in their life after they entered the fahrar. Damien doesn't care too much about it - they feel a much stronger sense of family to their warband than their blood. The other warband members: Gavril Foxheart, Dazzle Gleamheart (deceased), and Dandy Graspheart (deceased).

It was Damien that came up with the warband's name: The Heart warband. They secretly did this so that they could give themself the name Darkheart, after the charr hero, wanting to live up to the ideal of hope and surmounting the impossible. They hand picked and hand raised a jungle stalker cub, naming him Dylobaek, choosing to train as a ranger. During their time in the fahrar, they would have visions of Ascalon's past, leading them to believe they had been a hero here in the past. Due to the nature of such a claim, they've only discussed this with people they were very close to, chiefly, their warband. After all, it was Dazzle Gleamheart who had taken them to the Citadel's Priory outpost and shown them the archives of Ascalon's history, pointing out that their visions aligned with what was known of it.

As they all got older, Dazzle became the Legionnaire, and the warband became loyal and proud soldiers of Ash Legion. After some time, Dazzle and her mate Dandy Graspheart were sent to the Brand in the hopes of convincing Separatists and others to unify against the dragons. They perished, saving others in the process, but leaving Gavril and Damien alone. Damien was now Legionnaire (and later Centurion). Both of them have been disinterested in recruiting more to their warband.

Soon after, Damien joins the Durmand Priory (and Gavril the Order of Whispers), and reaches Explorer rank. It was then that they met the sylvari Necormancer Trahearne, at Claw Island, after learning of a possible Risen attack on Lion's Arch. This is where Damien's story generally follows the storyline of the game. However, they don't remember much of the events of Living World Season 1, due to sustaining a head injury that additionally damaged the vision of their left (your right) eye.

During the events leading up to Heart of Thorns, Damien realizes they have fallen in love with Trahearne, and grows their mane out in hopes of impressing him. However, he is taken by the Mordrem before they're able to talk personally. After his death, Damien renames themself Lostheart, and then after events of the achievement of Knight of the Thorn, Trahearne's memory in Caladbolg finally comments that their mane looks nice, but it is far too late for Damien to confess their feelings. 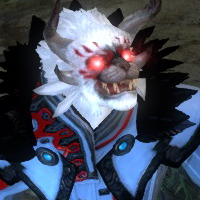 Gavril is Damien's last surviving warbandmate, and a close friend. He is often like an older brother to them. 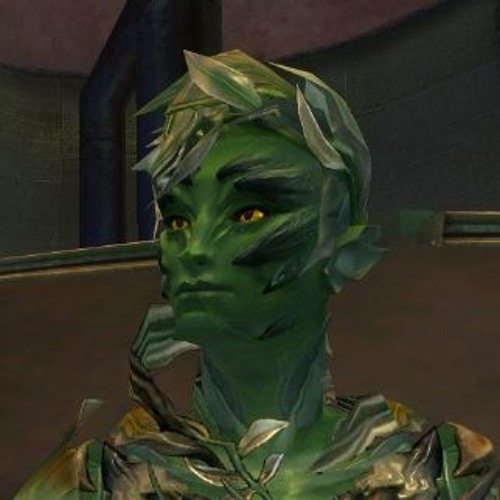 Damien was enamoured with Trahearne as soon as they met, and grew strong feelings for him. Unfortunately, he passed before they could make a confession.