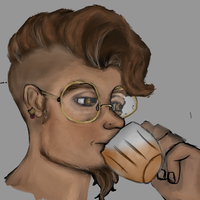 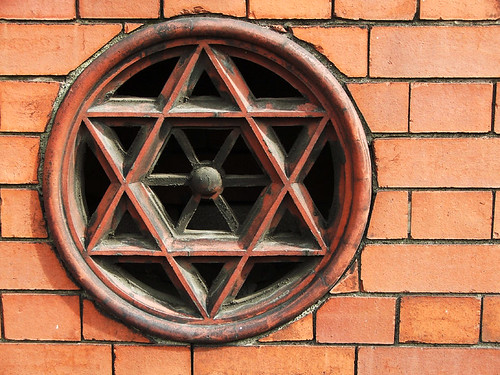 Cyrus' love of magic is always at the forefront of everything he does. He has lived his life to his knowledge without the assistance of Gods and would prefer to keep it that way, a controversial opinion by comparison to the rest of the world. He does this not out of hubris, but out of a desire to forge his own destiny, to let as few outside influences to remove him from his true path.  He believes that his own will should be enough, and if it is not then his failure is deserved.

While outwardly friendly, Cyrus' nature is a flatterer is one sided. He has very few true friends and even less that he honestly trusts with his secrets.

While neither tall nor short, skinny nor fat Cyrus is somewhat of an average looking human man. His hair is shaved on the right side of his head, as he often complains he can't get it to grow there despite his best efforts.  Brown eyes hidden behind round glasses, and even then behind the magnifier's he wears on the right side of his frames. Adorned with jewelry he is largely gaudy when outside the Academy where he teaches and works as an assistant.

His right hand bares the burn of wax he purposefully used to remove a tattoo on his skin. Heavily freckled with thick brows his hair already seems to be graying at a young age. The signs of sleepless nights are with him always.

He remembers very little of his childhood, blocking it under years of memories in order to remove it from his mind. He chases any sort of excitement in order to build the wall higher, to truly encase the past in a prison of more positive memories. Spending his adolescence entrenched within  a cult dedicated to dark powers, he eventually came to see the light and ran from his Master and only true confidant at the time, Vortigan.

After arriving at the Academy, his years of tutelage under Vortigan gave him enough of an edge that even for a runaway he was given admittance at the age of 14. Bonding with one of his teachers, he engaged in countless hours, retraining, learning, and finding his own path after years of blindly following Vortigan.

Now a young man in his own right, he spends most of his time taking commissions on behalf of the school for translation and often times finds himself running errands for the other Wizards who would much rather spend their time perfecting their studies and trapped under mountains of paperwork. He has become a sort of traveling representative of the school and its interests while remaining politically neutral at large.