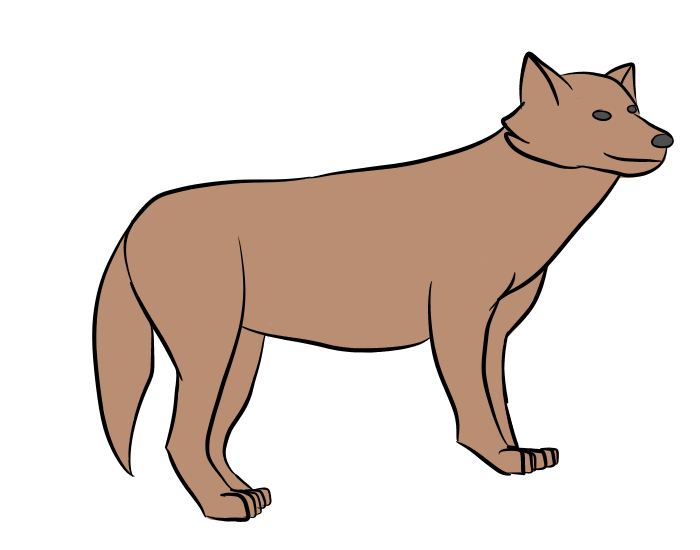 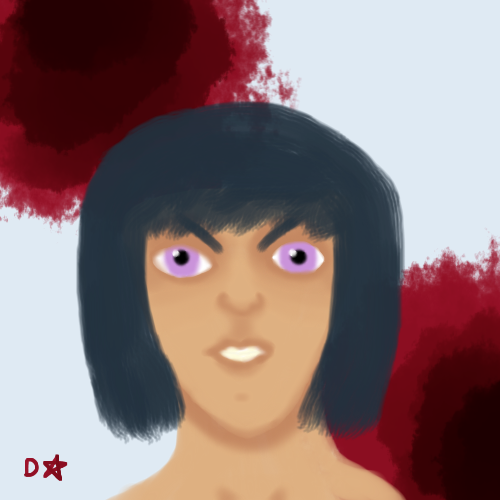 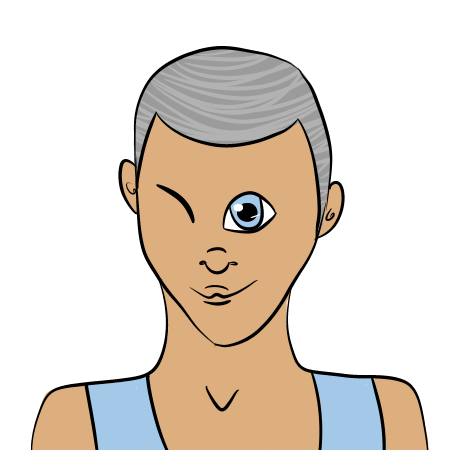 Shapeshifters capable of turning into wolves, or werewolves.

In human form, there’s little difference between them and usual humans. Loups de lune that expend long times as wolves tend to be more muscular, due to exercise of running as wolves. Blessed loups de lune tend to have lilac or light purple eyes, while cursed ones have usually blue eyes. The most common eye colors for usual loups de lune are brown and yellow.

In wolf form, loups de lune are usually bigger than usual wolves, having a bigger jaw strength as well. However, they barely differ from normal wolves in any other way. They retain the same hair and eye colors they have as humans. Blessed loups de lune are usually in the smaller size, being easily confused as normal wolves. Cursed ones are the origin of werewolf tales, having bodies more closely to humans than wolves. Their faces closely resemble wolves, having fur all over their body.

It’s said that Luna, goddess of the Moon, created loups de lune. She heard the plea of a lonely man, who wanted the freedom of wolves. She gifted him the shapeshifter power, who was passed down to each of his children. To protect him from hunters, she gave loups de lune more strength to defend themselves. At each full moon, they honored Luna by using their wolf form.

In times of dire need, the goddess descends from the sky and gifts important loups de lune, by blessing them. Those blessed loups de lune are meant to be rulers, so Luna stripped them from their strength, and gave them inspiring voices. Any loup de lune with lilac to dark purple eyes are considered blessed, and are treated with respect.

Once upon a time, a greed loup de lune wanted more power than he had. He demanded more power from Luna, and when his prayers weren’t answered, he reneged her. He instead went after vampires, and asked to be turned, expecting it to add to his power. His name was Eshale, the traitor. Luna, angry about his betrayal, cursed him. He no longer would have the freedom of wolves, being trapped between human and wolf. And every full moon, while his fellow wolves would celebrate Luna, Eshale would lose control of his transformation, turning in a mindless killing machine. Anyone who would try to ease Eshale’s pain was also cursed by Luna. Every time a loup de lune goes against Luna’s wish, it’s said they are cursed as well.

Since the existence of loups de lune, they tend to aggregate together, forming packs. Packs are like a big family of loups de lune, like normal wolves packs. Once you’re born to a pack, you’re expected to stay in it until marriage. Once two or more wolves get married together, they may choose to stay in one of the wolves’ pack or create a new one. Lonely wolves are looked down on society, and bring many questions about why the wolf left their family. Packs may include humans and other supernatural beings. Vampires are still a point of discussion, with much disinformation being spread over it. Some say packs with vampires are more prone to having cursed loups, but there’s no proof of such information. Some packs with vampires aren’t recognized, it varies with the region they are in.

As much as packs are considered family, they aren’t always blood-related. The packs are usually ruled by a central couple (sometimes more than a couple, but usually all of them are in some sort of romantic relationship, rarely by one wolf), who treat the whole pack as their own children. Historically, it was common to expulse from a pack any cursed loup. Nowadays it’s more frowned upon to abandon one of your kind. Some more traditional loups will expulse their cursed, but neighbor packs will tend to adopt them in.

Hardly there’s a change of alphas in a pack. Elderly loups will abdicate their position in favor of their children - blood-related or not. However, it’s a delicate moment for a pack, with many packs breaking in minor ones over a discussion of which children should lead. Blessed loups are better accepted as alphas.

There’s a register of packs in most countries. Small packs (up to 10 loups) don’t need to register, but may face problems with claims of territory by registered packs. When there are issues over who has claim to territories, the alphas of each registered pack of the country or state (it depends on how the register is controlled in each country) get together and decide it. More traditional loups may prefer fighting for the territory, but there’s a need to have both packs to accept such dispute. If one of the packs don’t accept, the ruling of alphas is absolute.

Despiste the myths, the only way to become a loup de lune is by being born as one. Both males and females are capable of being loups de lune, and both seem to be equally affected by it. It’s not known which genes are involved in being a loup de lune, but it’s clearly a hereditary trait, not influenced by sex. The genes are probably recessive, as it can skip many generations.

Someone may discover be a loup de lune at any age. It’s more common to happen between adolescence and young adulthood. Loups raised by other loups seem to transform early, some as young as 5 years old. It’s possible that being around transforming loups is a trigger for transformation. Many transform for the first time when they first met other loups. The older transformation case known is of a 53 years old woman.

Blessed loups seem to have an hereditary component as well. It’s common to have many members of the same family be blessed. The same is not true for cursed loups. It doesn’t seem to have a hereditary pattern. Some think there’s an ambiental trigger for that, as it’s common to have more than one cursed loup on the same pack, even if they aren’t blood related. Families with a historic of blessed loups hardly have cursed ones. However, there’s relates of a case of non-identical twins with one being blessed and the other cursed. Loups may become cursed at any age, but it’s more common to be born cursed.

As much as loups de lune heal fast, they can be easily killed with wounds to essential organs. They are easier to kill when human, as they aren’t as strong as wolves. Silver hurts only cursed loups, having no such effect on standard and blessed loups.

Vampires seem to prefer loups de lune’s blood, which caused in history many deaths of loups. Vampires are as old, if not older, than loups, and have been incorporate in their myths. There’s still much hostility between the two species. No hybrids would be accepted by neither species.

Loups de lune tend to find themselves better than other transmorphers, including alanians, and consider the two species to have different origins. Transmorphers in general don’t like their holy-than-thou attitude.