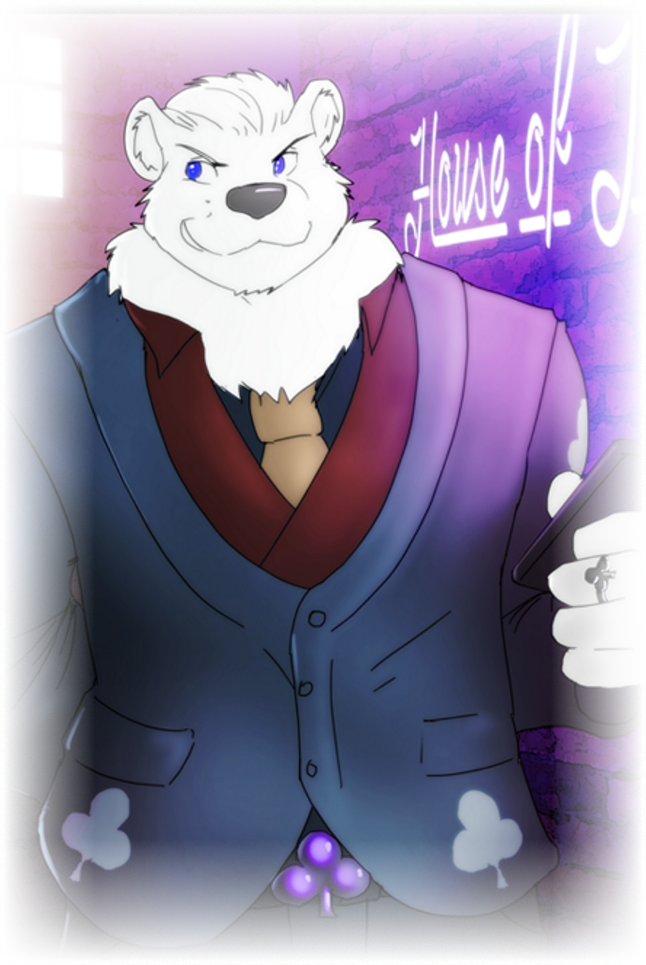 "Welcome, to the House of Jack! If you need me, I'll be behind the bar, or in the tight pants! Or both. I ain't fussy."

Ignacio Hernandez was something of a disreputable fellow. A slender figure of a man, the raccoon had to make use of his smarts in a criminal underworld where brute force ruled. A keen business sense, and an amiable disposition, easily saw him to being one of the front faces of Trinus' illegal gambling rings.

Unfortunately, with such a position comes ego, and with ego comes mistakes. It wasn't too long before he found himself in prison. Unfortunately for the guards, he also found himself out of prison... and seemingly vanished into the night.

In lighter news, it seems in recent days a polar bear by the moniker of 'Suave' has been making his name known on the nightclub circuit. A charismatic fellow, it seemed that one day he and his House of Jack seemingly appeared out of nowhere - though then again, people come and go all the time. Nothing to see here!