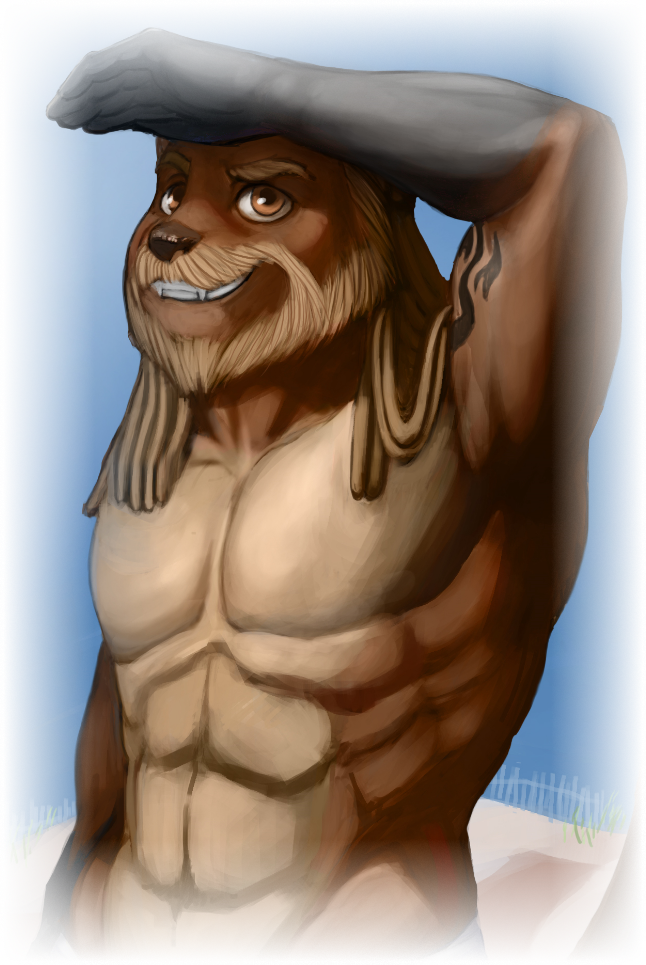 They say for many that strength is born of hardship. Nowhere is this phrase more literal than in the case of one Marlon Hornsby Jr. A miniature giant of a man, the otter went through a great deal of adversity in his youth. Raised by a single father, he suffered abuse at the hands of the man who he was named for - and grew a great resentment for his identity. Such a resentment that he soon cast off the name entirely - and crafted himself into an entirely new person. That man, is Maverick 'Titan Slayer' Gunshow.

Now, travelling the world as a wrestler, photographer, model, athlete, and overall entertainer, this adventurous individual has made a name for himself - the name which he chose! Trying to act as an almost 'real life superhero' for kids everywhere, he pushes through life with a positive attitude, a big grin on his face, and a disconcerting amount of muscle on his otherwise small body.

Whilst described by some to be almost cartoonish in his manner, he honestly doesn't mind. If he's putting a smile on faces, that's all that matters!