Rylan is a nervous soul, but it’s not exactly his fault. That poor kid doesn’t have energy of his own anymore and he runs entirely off energy drinks and coffee. He is jittery, jumpy, and over all twitchy. Which is quite the feat, considering he’s always yawning at the same time. This mothcat swears up and down that he’s studying for “collage”. Do mothcats even go to college? What is he majoring? No one is brave enough to ask, as they’re afraid it might break him. Don't talk to me until ive had my coffee.... p-please I'm dying- 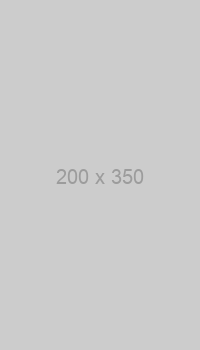 `Well!' thought Alice to herself, `after such a fall as this, I shall think nothing of tumbling down stairs! How brave they'll all think me at home! Why, I wouldn't say anything about it, even if I fell off the top of the house!' (Which was very likely true.)

Down, down, down. Would the fall NEVER come to an end! `I wonder how many miles I've fallen by this time?' she said aloud. `I must be getting somewhere near the centre of the earth. Let me see: that would be four thousand miles down, I think--' (for, you see, Alice had learnt several things of this sort in her lessons in the schoolroom, and though this was not a VERY good opportunity for showing off her knowledge, as there was no one to listen to her, still it was good practice to say it over) `--yes, that's about the right distance--but then I wonder what Latitude or Longitude I've got to?' (Alice had no idea what Latitude was, or Longitude either, but thought they were nice grand words to say.)

Presently she began again. `I wonder if I shall fall right THROUGH the earth! How funny it'll seem to come out among the people that walk with their heads downward! The Antipathies, I think--' (she was rather glad there WAS no one listening, this time, as it didn't sound at all the right word) `--but I shall have to ask them what the name of the country is, you know. Please, Ma'am, is this New Zealand or Australia?' (and she tried to curtsey as she spoke--fancy CURTSEYING as you're falling through the air! Do you think you could manage it?) `And what an ignorant little girl she'll think me for asking! No, it'll never do to ask: perhaps I shall see it written up somewhere.'

Down, down, down. There was nothing else to do, so Alice soon began talking again. `Dinah'll miss me very much to-night, I should think!' (Dinah was the cat.) `I hope they'll remember her saucer of milk at tea-time. Dinah my dear! I wish you were down here with me! There are no mice in the air, I'm afraid, but you might catch a bat, and that's very like a mouse, you know. But do cats eat bats, I wonder?' And here Alice began to get rather sleepy, and went on saying to herself, in a dreamy sort of way, `Do cats eat bats? Do cats eat bats?' and sometimes, `Do bats eat cats?' for, you see, as she couldn't answer either question, it didn't much matter which way she put it. She felt that she was dozing off, and had just begun to dream that she was walking hand in hand with Dinah, and saying to her very earnestly, `Now, Dinah, tell me the truth: did you ever eat a bat?' when suddenly, thump! thump! down she came upon a heap of sticks and dry leaves, and the fall was over.

Alice was not a bit hurt, and she jumped up on to her feet in a moment: she looked up, but it was all dark overhead; before her was another long passage, and the White Rabbit was still in sight, hurrying down it. There was not a moment to be lost: away went Alice like the wind, and was just in time to hear it say, as it turned a corner, `Oh my ears and whiskers, how late it's getting!' She was close behind it when she turned the corner, but the Rabbit was no longer to be seen: she found herself in a long, low hall, which was lit up by a row of lamps hanging from the roof.