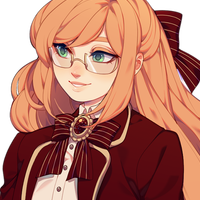 The family name 'Candor' means honesty; Rance prides himself on being honest, truthful, and sincere to others.

All over his body are scars, most of which originated from the attack on his family. His right eye is scarred, but intact.

Although he has been accepted as a member of the Shadowspear Brotherhood in Dunkurst, he has no strong bonds or obligations to them.

His companion, Wolfram, never leaves his side. They share a vow to track down the murderers of their families and bring them to justice. 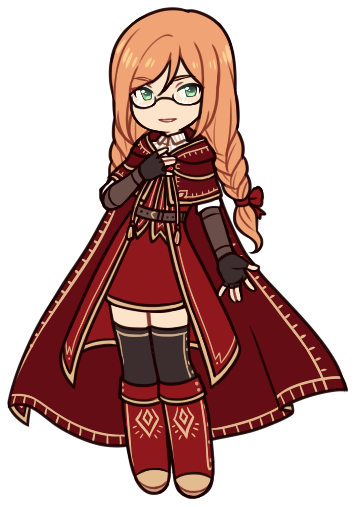 Ariadne Delacroix is a nobleman from Khanador's island nation, Al'uan. He is the sole heir to the Candor Estate and the family business, Candor Jewelers. On the surface, he is a calm, pragmatic businessman looking to expand his products throughout Amestris. He is accompained by his close friend, Wolfram Morgenstern, who acts as a bodyguard and business partner. Together, they are the perfect image of balance, business, and wealth. The Candor brand is featured in many major cities across the globe, with multiple stores in the Arcadian Empire alone.

However, Rance has a vision of a world with equality and fairness. Corruption is rampant among many of the wealthy nobles in Amestris, and Rance despises such people. With the help of Wolfram, Rance surveys each country he travels to, city by city, all through the rural areas, to see how people are living. Are the rich giving back to the community, or are they abusing their power? Do people have a hard time making a living, or is the community peaceful with wealth equality? These are the signs Rance looks for before deciding to make a move against the corrupt in the area, shrouded in shadows and daggers ready, to take back the wealth that rightly belongs to those who need it from those who stole it.

With this mission to serve justice to the corrupt, he is also looking for signs of those who played a part in the murder of the Candor and Morgenstern families. Both were known to be charitable and fair, powerful despite their humble practices, and both planned to introduce a new stucture among the wealthy that would donate much of the excess income to the community -- and many did not take well to this proposal. The massacre that ensued would scar Rance and Wolfram for years, both being the last of their name. Rance hopes that in his quest to punish the corrupt and fulfill the Candor and Morgenstern proposal by force, the murderers will reveal themselves to them, ready to face justice.

"I only punish those who prey on the weak and revel in wealth unearned."

Ariadne is a studious, determined girl with a desire to uncover the truth and help others achieve equality. She is kind and positive, with a calm, confident aura about her. She is at peace with her place in the world, and only wants to help others find their way. Despite the teachings of her university to look down upon denizens from Hellas, commonly labeled demons, she knows better than to accept their skewed narrative and think for herself. She is very organized and tends to obsess over details, fussing over people she cares about deeply.

Bravery is important to Norvina: it has given her wealth, security, and a new love for life. Even if she is technically stealing it from others.

Cunning is what has kept Norvina alive all of these years, as a fugitive from Fillort's oppressive circle and a refugee of Gordaina's sudden explosion. When the separation and loss of her family occurred, she knew she had to be smart and brave and do what needed to be done to survive.

"Confidence is sexy" is Norvina's motto. Overconfident she is not, as she knows how to ground herself in reality. She always puts her best foot forward, with a grin on her face.

Although she likes to keep up the appearance of being strong and carefree, there is a part of Norvina that truly cares for others. There are ugly things that happen in the world, and she has experienced them for herself, and seen them experienced by others in turn. She found that feeling mirrored in Evitel, and together, they rely on each other for support.

Healing magic is one of her strong suits. It typically comes with a flash of white light, unlike other healing magic.

A skill designed to purify someone from dark magic. It is similar to her healing magic, but on a higher scale. She can effectively return someone to their original state, if they have been possessed or transformed by evil.

Using light magic, she can create arrows that can pierce anything and also dispel dark magic. There are healing properties woven into the light.

Ariadne was born in the northern country of Kaltain, one of the Arcadian Empire's nations. When she was about eight years old, she started showing signs of healing magic, particularly light magic. She was recruited by Arcadia's education-based city-state, Astrea, and starting going to the best school in the Empire, Mahora Academy. She quickly became one of the highest ranking students, based on her performance, test scores, and studious, dedicated approach to magical education. Once she turned fifteen, she was eligible to apply for the sector of Astrea's schooling system that focused heavily on light magic, holy magic. Sainte Ciel's Academie is where she has spent the last six years of her life; learning about ancient magic, healing techniques, combative magic with light, and so on. She has especially learned about the deities of Hevanas, and has even been chosen as a herald for humanity. She meets with angels from Hevanas every so often, and they give her tasks to perform in the real world. Despite Hevanas' narrative on demons, and the denizens of Hellas, Ariadne has hid her neutral view of both angels and demons, which causes trouble later when she is found to be harboring two demons for safety. 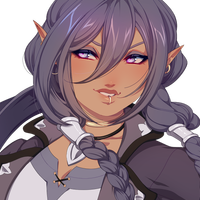 Aria helped Luci and her brother sneak into the Academie and pass as normal Eldric elves, to hide them in plain sight from Slothian bounty hunters. Luci trusts her completely, and the two have become extremely close. 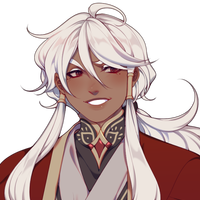 Evangeline is a prominent dhampir in Astrea's major university system and had personally taught some of Jidenna's courses there. Knowing of her background as a thousand-year old cursed dhampir, he sought out her guidance in becoming stronger in magic and combat so that he could protect Roman from someone as powerful as a demon demi-god. She initially declined, but Jidenna went through as many teats as he could to prove his worth and determination to her; his training under her would last five years, and he would surpass all of her expectations. She was the first person he came to when Roman needed help. 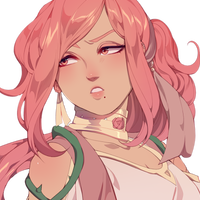 Bellamy is Luci's half-brother, who was sold into slavery by their parents who claimed he was a 'burden' because he wasn't full-blooded. Enraged, Luci left home to find her brother and save him from his fate and take him somewhere they could both lead a normal life.