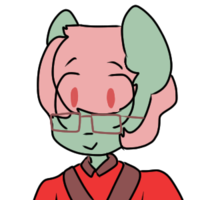 O'Neil is easily excited and a sword fanatic, absolutely obsessed with the things. If he doesn't have a sword on him, something's gone terribly wrong. He joined the coup last-minute, watched everyone else do the hard work, and became the communal fanboy/lapdog. Everyone thinks he's kinda annoying, but most wouldn't say it to his face (except O'Dea). However, O'Neil is well aware everyone thinks he's an annoying sack of shit - that's exactly what he WANTS them to think. He has more tricks up his sleeve than he has swords.

song: you by tally hall

He is the white knight.