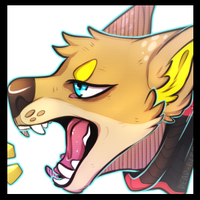 Obtained from Bee--Chan on Deviantart!

(Based off the AU where the end of Divergent; along with Allegent and Insurgent events never happened, and they are still in factions)

Current where-abouts:
Currently in The Dauntless Pack, Tris is now a leader due to Eric stepping down as leader, and works with her mate Tobias after being able to convince him to be a leader as well.

After being ranked 1st along being the next-in-line for being a leader in the Dauntless Pack, she soon winds up being a leader much earlier than she should. This was caused by her mate (Tobias) finding out Eric's plans to get rid of the Divergents, taking his place as leader. Not only she's leader of Dauntless, she made a movement for equal rights for Divergents to choose what faction they desire. Thankfully it went smoothy, stopping a war on all of the factions. Due to being a leader so early on, she was able to convince her mate Tobias to be a leader as well.
As for her jacket, she was given that jacket by her father before he passed. She never takes it off, and now she's able to show her Divergent side thanks to the successful event of allowing Divergents to live safely in any faction they desire.