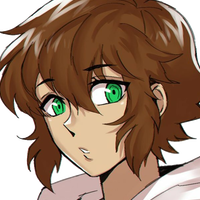 Those who have had limited interactions with him would label him as an anti-social cynic. Commonly labeled as someone who doesn't like interacting with people or is just straight up an asshole. It’s easy to annoy him with things that are too hard or difficult, or just generally out of the way, leading to another assumption about him: that he's lazy.

In reality he purposefully puts up a front. He's one that prefers observing and analyzing before making a move - the kind of person that will sit quietly in a crowded area and people watch, making notes to himself. Despite how he behaves and treats most people, he doesn’t like seeing others get hurt, and will move to help despite any danger or harm that may come to him; in a way he could almost be thought of as being altruistic. That being said, he can also be very quick to find some way to blame himself for the troubles in his life, even if he had no control of the situation in the first place.

The front is necessary in his eyes. Even those who would be considered "friends" note a certain stoicism from him. He doesn't care how he appears to others, whether they speak behind his back or not. He doesn't want to burden others with his true feelings, his fears, his worries; the things that keep him up at night in a cold sweat. Consider yourself lucky if he opens up, as you've earned his unconditional trust if he chooses to confide in you.

Despite it all, he is a very capable leader. Able to take charge of a situation and tell all the bit actors where they need to go. He doesn't seek leadership roles, and is fine with letting others lead until he decides they're unsuited for that role. But rather than cause turmoil in a group, he'll find the quickest way out of the situation and excuse himself.

He enjoys his solitude, and for that he is at peace in nature. When he needs to think, he'll find himself in the middle of a forest, a graveyard, or an abandoned building; places where he can be secluded from civilization.

Simply put, Shouri Tomoshibi is a thinker, if you try to rush him, he will snap at you and that's all you'll ever see from him. But if you allow him to open up at his own pace, he'll work himself into the ground for you. 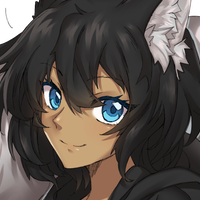 Unlocked Spells (As of Chapter 90) 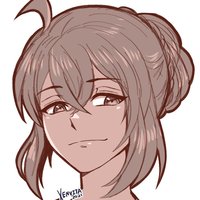 Unlocked Spells (As of Chapter 25) Unlocked Spells (As of Chapter 88)