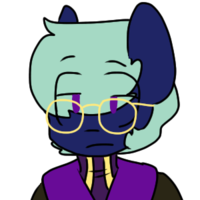 affiliation | Pawn of The White Court

An expert at the 'game', Donnell relishes in Court life, spending most of his time in Septicium, living a lavish life and flirting with cute new Pawns. He speaks in sulty tones and writes poetry that flows like honey, drawing unassuming new Court-goers to his side. He's a bit notorious for breaking every single heart that flits his way, yet new victims find themselves at his side anyways. Don enjoys this relentlessly, using his power and influence to amass more money. He may be a greedy bastard, but hey, at least he has fun. Some whisper that he bought his way into Pawnhood, bribing the other potential Pawns into throwing their fights. None have come forward with evidence for this theory, but it lingers anyways, said behind Don's back, murmured in the back halls of the Septi Castle.

Once getting close to Donnell, though, most Pawns find themselves attracted to one of the most stuck-up, arrogant jerks around. Don has a rather inflated ego, and will rub his wealth and status in anyone's face. Most of the older Pawns find him highly distasteful, although Don only amusedly banters back-and-forth with them. The only Pawn Don truly wants nothing to do with is Nestori, the 'shining example' of what the Upper Court looks for in a Pawn. Donnell cannot stand being compared to Nestori, especially as 'the polar opposite of what a Pawn should be', and will spit fire at anyone who dares even bring up the N-Pawn in his vicinity. The feeling is not mutual, however, and Nestori appears almost oblivious to Don's burning hatred, and often reacts with a hearty laugh if it's brought up. Of course, this only serves to aggravate Don further.

Donnell does have a high interest in the Upper Court, especially the mystery involving O'Brien's lack of attendance at most Court meetings and functions. He has his own myriad of theories - perhaps the blessed king is dead, even! - but wants to find out the truth as quickly as possible, and is not afraid to crush anyone in his way.

He actually refuses to fight in wars, and will pay off other Pawns, Vassals, and Peasants to fight in his stead, carrying his banner. While this is looked down upon by the Upper Court, it isn't illegal, and cannot be made so in order to keep the actual beneficiaries of it (e.g. the Pawns who are injured and cannot fight any longer, and must send replacements) safe.

Donnell wears a heavy, fur-trim robe over his normal clothes, which consist of a long-sleeved silk shirt with a yellow sash and silk skirt. The skirt is just slightly longer than the coat, poking out from the bottom of it. He wears golden, circular specs, and often wears them to sleep. As a lover of anything expensive, he has a vast collection of fine art, fine foods, and fine drink, and can be found often sampling any of these three things, with his newest fling on his arm. His tail is long, and drags on the ground, ending in a large curl. He is very expressive, and often wears his emotions on his sleeve.