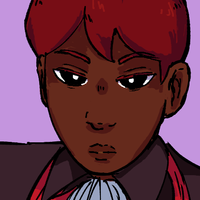 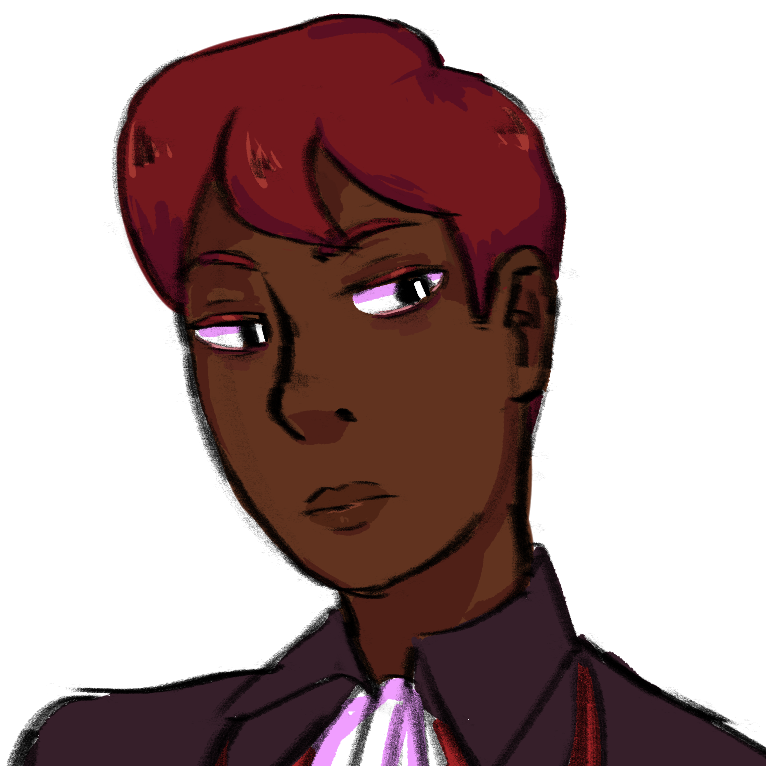 A bird without wings will surely die on the ground...

A seemingly proud Ventrue in search of something; somewhat compensating his physical weakness with his stern attitude. Actually not as judgemental as most Ventrue or most vampires in general, but doesn't warm up to anyone, even the ones he trusts.

He's dark skinned with black eyes and very short burgundy hair. He looks healthier and more alive than an average vampire. His eyes always have a shine to them, and he often has a bored or neutral expression. He has slightly darker and fuller lips.

He has always been baby faced, and will be F O R E V E R. It complicates him and his identity, not being able to stick around too long. Since he's stuck in the appearance he had when he was Embraced, he's not extremely thin but he does have a frail frame. He walks with a limp and has to use a cane.

Note: His design is slightly different in this universe- he doesn't have bandages anymore and uses a cane- but I don't want to move his current art to another tab because other than that he looks the same lmao.

He also only grows his fangs out when he's going to feed, so most of the time he really just passes as human.

Expressionless, not even that much on purpose (though it works for him) he just can't let out most emotions. His voice is monotonous and he's very proper, just super bad at dealing with feelings in general. Proud to the point where he's flustered if he has to act under situations he deems ridiculous.

Underneath his serious personality he's a snarky sarcastic bitch. A fatalist, generally looks down on himself a lot but needs to hide that because it would make him too weak for vampire standards. Very good at playing with power, knows when to let go (or seem like it).

A mystery for now >:3c He's an active NPC in my current chronicle so I'll be updating as it unfolds!

However he's Ridiculously wealthy, had a shitty upbringing and mostly shitty family despite being a heir to their fortune. Well, they don't matter that much now, it's been a long time. He's currently in Seravezza following his own agenda, searching for something, and at the same time he's an ally of Seravezza's Prince, Camomilla.

As a Ventrue he has Potence, Dominate & Presence as main special abilities, though he hasn't trained them beyond what he uses on mortals to feed or maintain his status. He's physically weaker (or rather, in more pain) than an average vampire. His cane is a cane sword and his main weapon in case he has to fight (but ew, it shouldn't get to that point).

Can only drink blood from humans who are capitalists (from centre-right to far-right) so he generally hunts among the high class since he's part of it; he holds so much power in so many ways to these humans, it's not that difficult. This is however a restriction based on ideology and thus can only be perceived from the human's demeanor and opinions, nothing physical. He could also stop being able to feed on a particular human if they change their political stance. With the world as it is, he doens't even need to try to convince people of these ideologies, society does it for him.

His curse is very vague, he's not even 100% sure on what it totally entails, though human bigotry doesn't necessarily add up to it (no matter how much it comes hand in hand), and even if it did, it's not like he gets more satisfaction if the person believes more or less in these politics, it's all just equally passable. He might get a little nauseous (like drinking milk just barely before it spoils) if he drinks from somebody who's not actually all that convinced, though. Additionally, people who benefit from very high positions of power (monarchs, CEOs, ministers, etc) regardless of their beliefs, are generally safe for him to drink (save a very few exceptions).

As a vampire, he can only be killed if he's extremely hurt or dismembered. He's also in a constant battle with his internal Beast, though Zef has a very strong will. 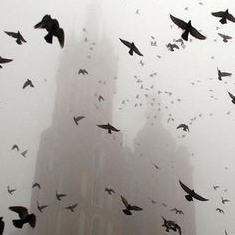 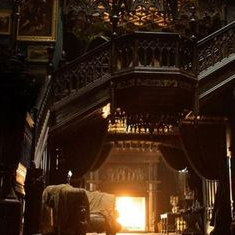 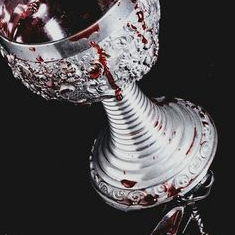 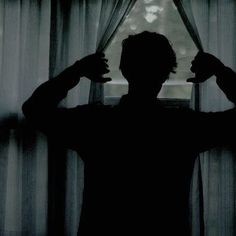