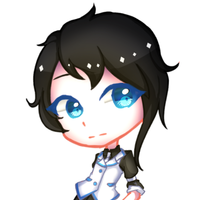 About
"I will make everyone in this town pay for everything they've done to my kind."

Emil is a well preserved guy and even if his mind is bursting with emotions he will rarely show it. He’s good at holding his temper and easily catches himself if he loses it. He is a vampire who lives in a town where most people absolutely hate vampires. The humans will torture vampires and deny them basic human necessities. Emil doesn't trust nor like humans because they blamed him for a murder he had no part in. The only reason he wasn't executed for this is because a wealthy businessman decided to buy him to serve as a servant.

His now master practically saved Emil's life, but it was not out of the kindness of his heart. The man is actually evil and prejudice against vampires. He wanted a vampire servant to take his anger out on and laugh at for amusement. Before the false accusation and being forced to serve as a servant, Emil happily lived with his mother, father, and older sister in a small old house. He sometimes has sadistic imaginations, but resists from performing them as he knows it would never end well. Some people in his town, including as Emil, are plotting against the humans and want to start a revolution.

Emil is 5'6" / 168 cm tall. His body isextremely thin from not having nowhere near enough food. He has straight black hair and blue eyes. He is in his servant outfit nearly all of the time except for when sleeping, and doesn't really have anything else to wear anyways.

Amaia She is a well-trained servant that has worked for a friend and neighbor of Emil’s master for years. She wants to befriend him because they're neighbors and their masters are friends. However, he does not trust her as she has such a good relationship with her own master.