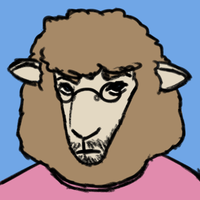 Bailey works at an ice cream shop, where he eventually met Richie, Maxwell and Colby. The four of them started hanging out more, and becoming quite close. Richie especially seemed to want to hang out with him more, and Bailey started getting feelings for him. After getting to know each other more deeply, Bailey decided to ask Richie out on a date. They officially started dating when Bailey was 21.

His family aren't explicitly bigoted, however they don't accept Bailey as much as he wishes. Therefore he keeps little contact with them, other than his little brother, who is far more accepting of his identity. His father is the more accepting of the two and is therefore the one who Bailey keeps some semblance of contact with him. Outright ignoring his mother as she will often times misgender and deadname him by accident without apologising.

Him and Richie moved in together when he was 23.