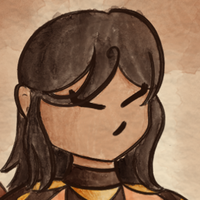 Seres is the sage that watches over the concept of time. Unlike most other sages, he isn't tied to any one race. Any advanced race which has a concept of measuring time will inevitably encounter Seres. He keeps mortals from messing around within the time stream and watches over it very carefully. Given the state of time constantly flowing, he too is constantly on the move, only staying in one spot for the shortest periods before going to see something new.

The sage that most people find annoying. He always knows what you're going to say before you say it and chuckles to himself about the decisions the people around him are choosing not to make. As a result of his personality and muse he is constantly on the move, wandering from place to place. Despite knowing what everyone is going to say or do at any point in time, he always finds it interesting why people come to the conclusions they arrive at.

Unlike most other sages, Seres doesn’t have a particular opinion of humanity, to him they're just kind of there. He does derive a small bit of amusement from constantly predicting what they will say or do, but that's not something limited to just humanity.

Relationships with the other Sages

Luca - While Seres is thankful for Luca providing life so that a concept of "time" could be born, he grows bored with Luca quite easily when around him.

Sahji - Frankly put, Sahji thinks Seres is boring. In his own words: "There's nothing fun about knowing everything that's going to happen." Seres does like Sahji though, as wishes and desire lead to choices and choices lead to timelines, giving him more reading material. He keeps his visits to Sahji short as to not wear out his welcome.

Kitori - The only sage Kitori actually respects. Time will wear down all, and thus is the ultimate victor, or at least that's how Kitori views things. Seres is pretty neutral towards Kitori, for the same reason - Time wears away all, so victories will become meaningless after enough time

Lanvi - The normally patient Lanvi has her limits, and Seres is definitely one that pushes her limits. Conversely, Seres finds Lanvi interesting merely for the scale of time that land has existed, the things she's seen and experiences she's had as the land sage.

Marovo - They find Seres to be annoying. Seres predicting the tides and weather wears the Sea Sage thin, to the point that they refuse to acknowledge Seres when he's around.

Cielto - The Sky sage is neutral towards Seres. Lording over something as long lived as the skies and atmosphere makes Seres ramble on for a bit too long for Cielto's liking.

How do they treat their muse:
Seres is always hesitant of showing anyone his muse. He's aware of how quickly organic life forms burn up when reading it and will avoid those timelines. He does always take a peek to see what would happen if he did let someone view the pages of his muse.

Additionally, he can channel divergent timelines through anyone touching the Book of Kairos, allowing them to experience sections of the timeline that he chooses. This power is so great it takes a huge shock to pull the target out of this dream-like state however, which usually puts a sour taste in the mouth of anyone who experiences it.

The muse Seres holds is a book shaped concept known as the "Book of Kairos".  The Book of Kairos contains every possibility that can ever happen. To even gaze upon a page of it for a millisecond can cause madness and cause the brain of organic life forms to shut down from the information overload. Inorganic beings can look upon the pages of the book, but will require a similarly inorganic focus to force the book to provide the information they would need.

While not a muse, it is a staff that Seres keeps on his person. The staff in question has a magical hour glass which is calibrated to measure whatever time is being kept by the locals where ever he is at as long as they have a concept of time that can be measured.

Seres' day of celebration is a somber one. This is usually a day to spend with your family and remember old friends and family members that passed or are no longer in your lives. This is not meant to be a day of grieving, but a day to celebrate the fond memories you've made with the people that have come and go in your life.

References to Seres fall in to two camps - sayings about taking your time or being a know-it-all. An example of the former would be "Relax, there are many pages left in the time sage's book." As for the latter simply using his name as an insult is apt.