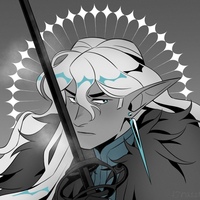 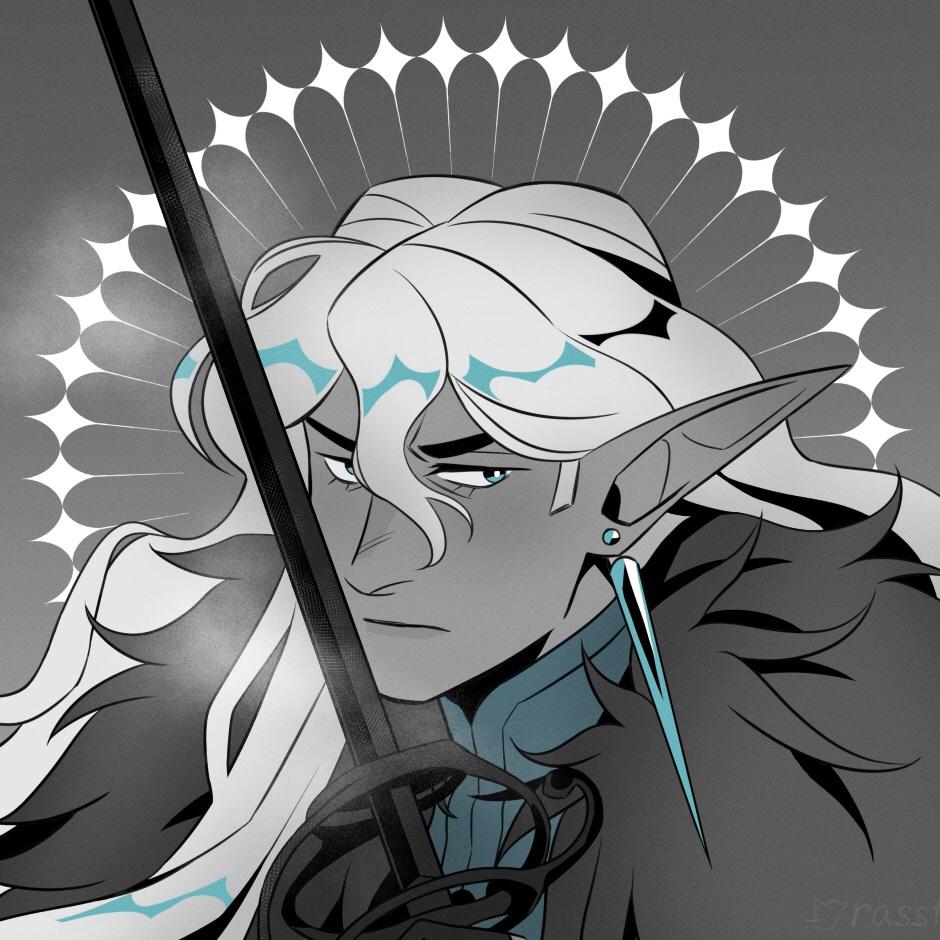 Wyndove Teasen is a wood elf from Sig'Waal Village, far to the North. He was raised by Enna Waeshana, village leader, and trained as her apprentice to take her place when she retired. During a squabble for influence over leadership of his village, the Archfey of Summer, Lady Ashryn, had him banished from his village just before his 100th birthday, with the ominous warning: "he will unbalance the seasons with the power he will raise." For the past 35 years, he has been wandering the continent of Iyura alone.

In the dead of winter five years ago, Wyndove found himself trapped outside in a raging blizzard. He was denied entrance to the local inn, and no one would open their doors for him. Lacking the will to go on, he gave in to the cold. He died alone in a back alley. That was when Lady Oeyla, the Archfey of Winter, came to him and returned him to life. From then on he was a warlock of winter, and his life belonged to her.

Wyndove is a tall, thin wood elf. Standing 6'5", his wavy, pale hair reaches almost down to his knees. He is most often seen wearing a tattered cloak with a fur-lined hood and mantle. He wears long icicle earrings which act as his spellcasting focus and are a gift from his Patron, Lady Oeyla. He wields an all-black rapier and his Book of Shadows. 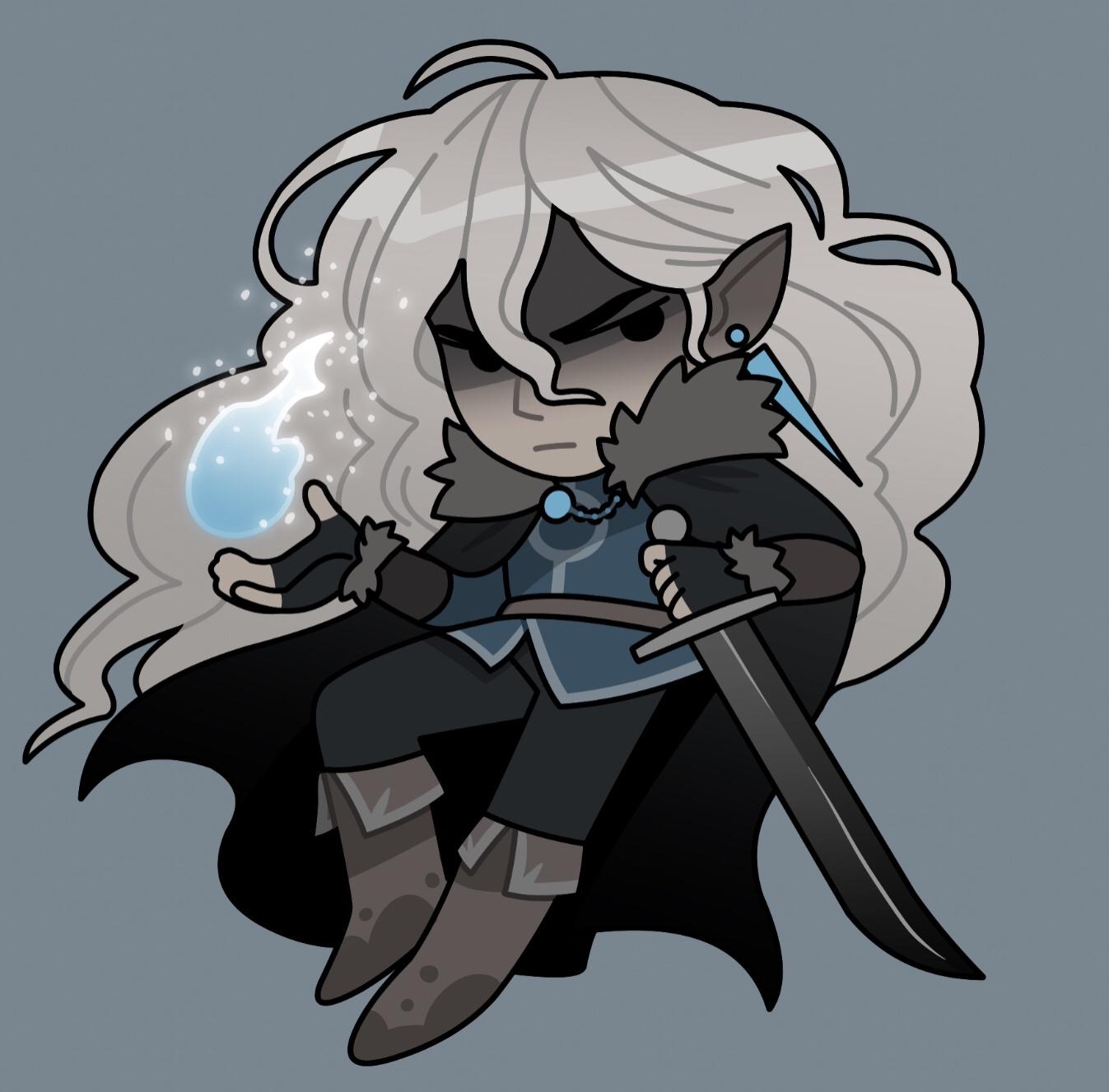 "One day you will return home, my little wayward prince." 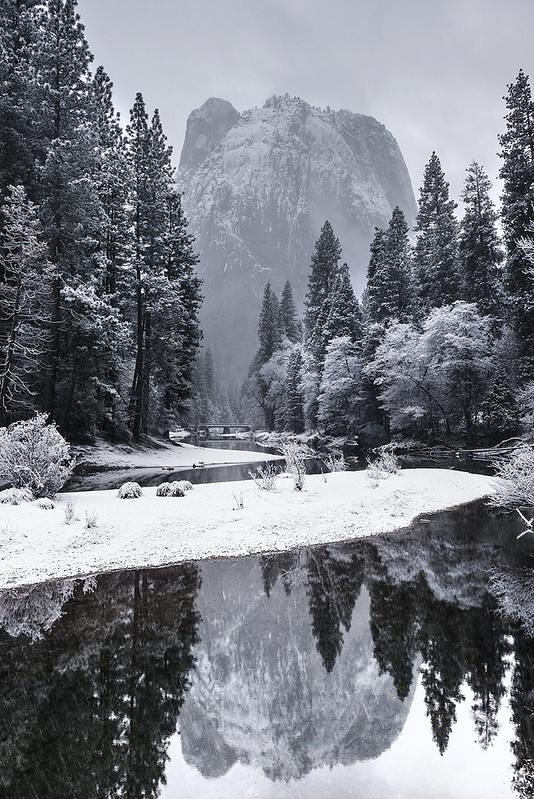 Wyndove was raised in a wood elf settlement in the North of the Cold Wood, called Sig’Waal (translating to “Snow Swallow”). The Cold Wood is marked by long winters and brief, mild summers. Sig’Waal was named by outsiders who doubted the elves’ abilities to survive in such harsh conditions, saying, “The only thing to eat there is snow.” These elves are raised accustomed to the cold, wearing thick furs most of the year and using snowshoes while hunting.

Pantheon of the Seasons

The Sig'Waal elves worship local fey deities that reflect the seasons. They tell the tales of these fey in a repeating pattern called the Wheel of the Year. Their deities are: Oeyla (Winter); Folen (Spring); Ashryn (Summer); Haemir (Fall).