IT IS FOG LAND I HAVE SEEN 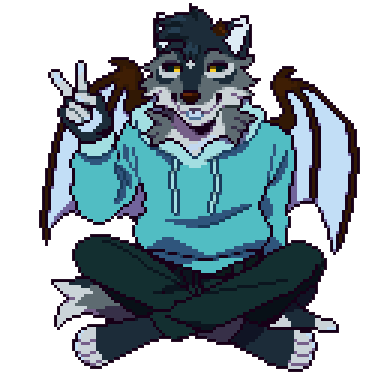 Meet Zephyr! Zephyr is an unholy mess of conflicting personality traits and bad coping mechanisms. Zephyr probably died and went to hell at least once. Zephyr's Heathen Level is currently Unforgivable, but Zephyr is doing hir best to atone. You can usually find Zephyr lying face down in a ditch somewhere. 10 out of 10 doctors agree that Zephyr is tormented. 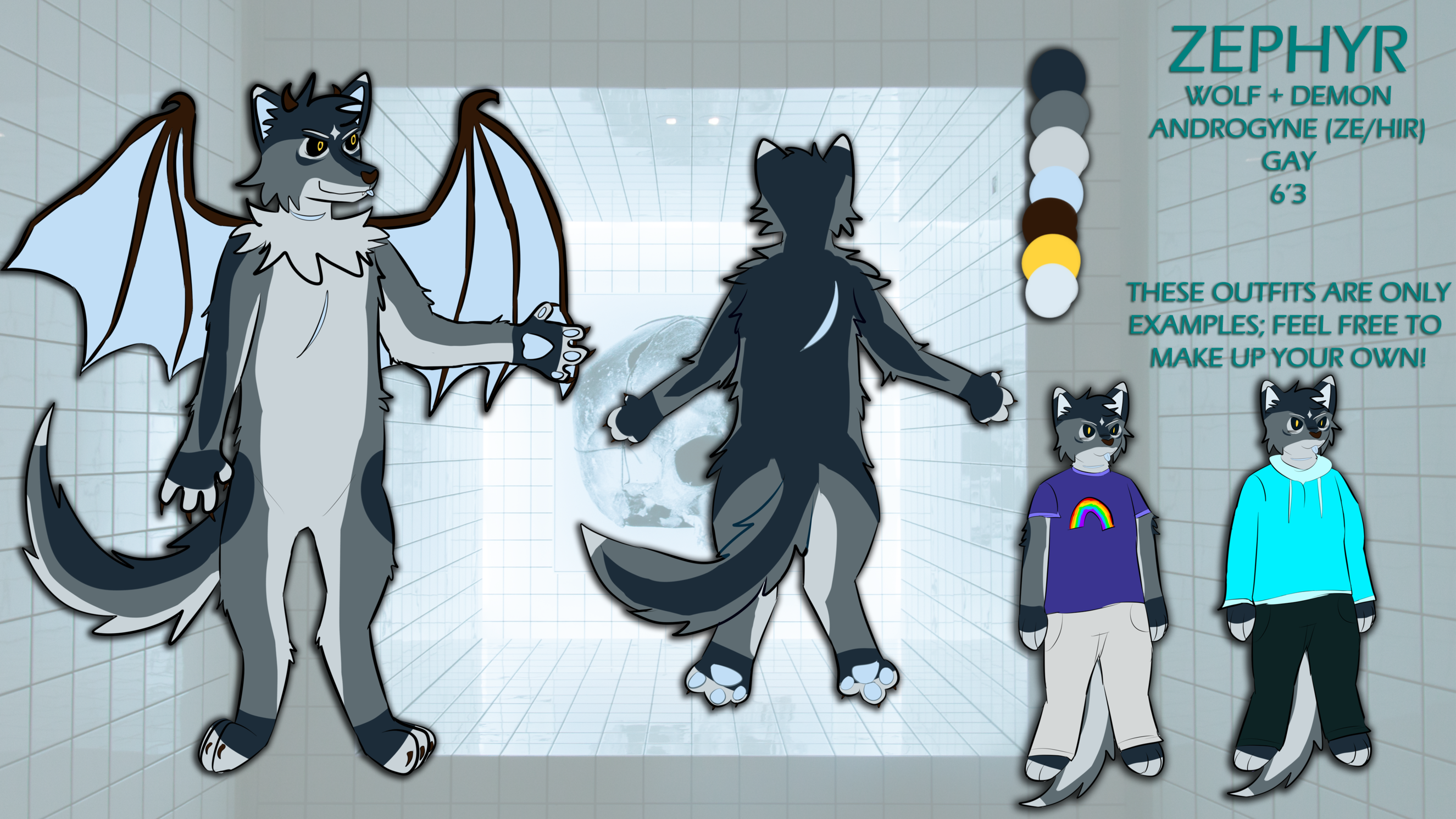 ★ Can be drawn without wings/horns

★ Can be drawn feral

★ Absolutely no NSFW. A little blood is okay, but no heavy gore.

★ Ze likes to wear a combination of casual clothes and things that are "weird" and eye catching (examples here) but I don't really care what you draw hir wearing as long as it's not revealing/suggestive or too feminine.

Zephyr is... a lot of contradictions rolled up into one. Ze values logic and justice highly, always placing reason over emotions. However, ze is not cold or indifferent -- ze has a good sense of humor and is fiercely loyal to those ze cares about.

Outwardly, hir behavior and presentation can appear somewhat erratic, fluctuating between different demeanors. Ze is usually friendly if a bit awkward/clueless but upon closer examination tends to keep a certain level of emotional distance between hirself and most other people, with the exception of hir close friends.

Hir strict adherence to morals and rules (that ze deems just) can come across as rigid and somewhat naive. Underneath hir analytical demeanor, Zephyr is actually fairly childish and sincere in hir emotions for better or for worse. For this reason, ze remains guarded at most times as to not appear incompetent or betray any undesirable emotions.

In hir worse moments, Zephyr can be paranoid, unstable, and self-destructive. Ze preaches staying positive and optimistic, but rarely follows hir own advice. Furthermore, ze struggles with low self esteem and tends to sacrifice hir wellbeing for the sake of others to compensate, which often leads to hir getting hurt. All of this has caused Zephyr to become very cynical and bitter, though ze usually doesn't let it show beyond jokes.

Zephyr has weak fire powers; ze can breathe fire and channel it through hir paws. The flames are bright blue and become stronger when ze is angry/emotional/etc.

FOG HEART I HAVE EATEN

accent image by | | code by