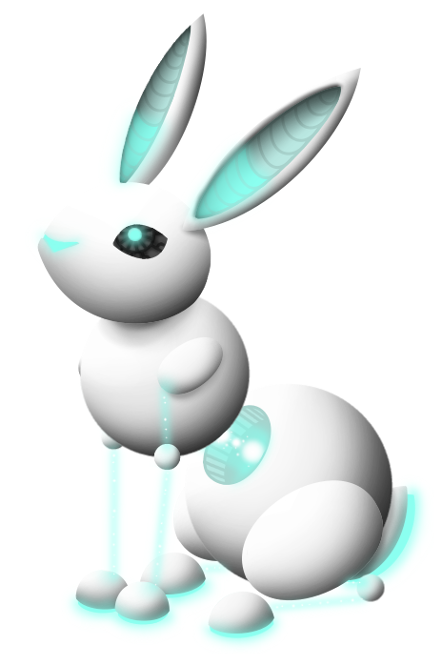 Sevens is a robbit unit with white metallic surface and turquoise lights in multiple body parts. It is about the size of a real average pet rabbit.

Sevens was part of a program where souls of test animals were downloaded to robotic bodies. Little is known about the motives of the program, and Sevens itself doesn't seem to (want to?) remember anything about it either. Maybe that's what has drawn it to the company of Dama, another (literally) wandering soul.