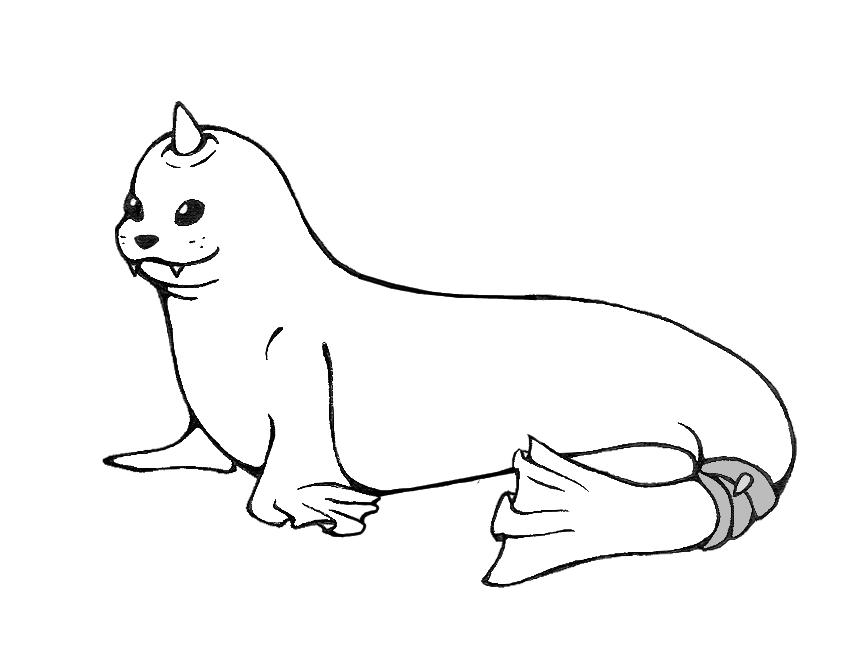 Cuuti is a mellow, bit fat Dewgong. He has a couple of scars in his tail that get infected easily and are therefore covered most of the time. He is about 200 cm long.

Cuuti was part of a Seel pack until Saga caught him. Saga was originally supposed to keep him only for a while to earn some money with his help, but because of him getting badly injured in the catching battle she couldn't release him back to the nature. That's why Cuuti ended up staying with his new trainer.