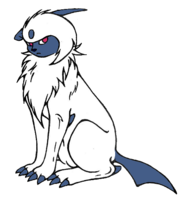 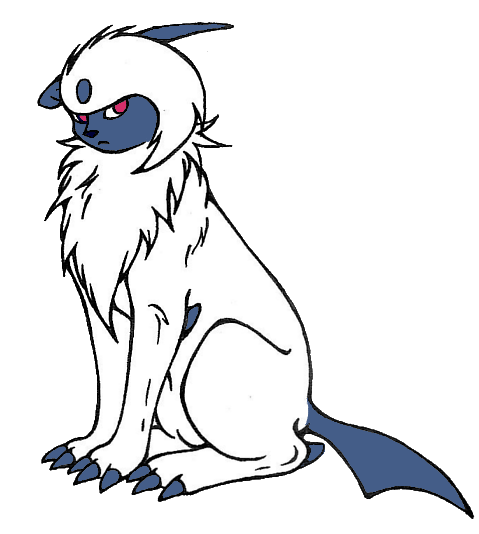 Andele is an average-looking Absol with magenta eyes and height of 120 cm.

Andele used to live in a mountainy area where she got herself in trouble with local humans. They though Absol was their guardian thanks to its ability to sense danger, but when she failed to alert the village about a landslide people turned against her - and Saga as well, as the trainer was also involved with the incident. Saga and Absol ended up both leaving the village behind and eventually they teamed up together.