When Balamel starts suffering nightmares so heavily that they begin to trigger his beast form, Velius suggests that he meet with his brother-in-law, the Aria Researcher Lohrian, to try and get some insight on his dreams. Balam winds up with a bit more knowledge about himself than he'd like to admit, but the Leyr does have a point - unfortunate as it is.

Vesper Evenstar hosts a banquet outside of Ichorrai for the Bounty of Ivei, inviting any in the area to come and join in.

Welcome to the Viper's Den 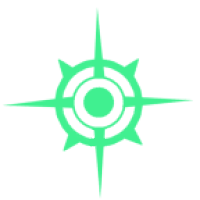 A stormy night drives citizens of Ichorrai indoors. Many choose to seek shelter and entertainment at Ichorrai's finest nightclub, The Viper's Den.

Rihele thinks to herself about regret while on her way home in the rain.