oh no ;A; i love this sickly child!
Its no surprise that he would be mentally 'older' than kids around his age, having faced his own mortality at such an early age.  I feel bad for him but at least he still remains gentle and kind, and in a way where he knows where to draw the line. Quite the daydreamer too! Don't worry Thomas, me too.. lol

Oh man its sad that his family got scattered like that but its entirely believable; without a father to be the linchpin and support the family all their lives were heavily affected in some way or another.  I haven't read their bios but i am particularly worried about the sibling that got sent to crawl around in small places at a factory... not safe at all...

Those people were so awful to those boys >:U Abusive jerks, and Karl was such a good older brother for protecting Thomas the way he did.  I mean, they protected each other just enough so neither of them would die, and thats sad but also commendable.  I am so happy they finally got moved to a loving family ;-;

Truth to be told I haven't put much thought into their sisters since Karl and Thomas are the ones I really focus on, but I like to think their sisters are doing well and probably given what a bunch of stubborn folks Ackers are they end up in a lot of adventures and shenanigans haha. Poor Karl though, he works really hard in the factory too and has more than once almost lost his life in between the gears as he is forced to clean them and help them get unstuck if there is garbage between them.

And yeah even I'm glad I was merciful enough to give them a nice foster home at the end haha and he and Karl both end up forming really close relationships with other local kids and become really tight knit! 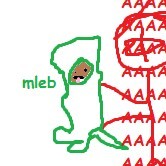 I am calling him my son now.

AND P L E N T Y O F T H E M Freckles are my favourite thing tbh, I feel like almost half of Sinfonia's cast either has freckles or would have them if they actually spent more than 5 minutes outside during summer (glares @ Claude)