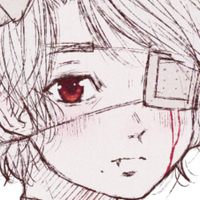 Doll (vampire who is also a magical boy)

Punishments, making mistakes, being a doll, people who complain a lot, most vampires

Dorian is a rare type of vampire that was blessed with magical boy powers. These are called 'Dolls', because essentially they are useless- they can fight monsters, but they can't purify souls.

These magical children are feared and pitied at the same time, because their role is to absorb sin. Because they are so tainted, people usually stay away from them. 'Dolls' can sometimes partner up with magical people because they are actually much better at fighting monsters due to being immune to corruption, but all they know is torment and despair because all the sin they absorb affects them negatively. Dolls also act as servants to the church sometime because they are able to 'filter' out sin in people before they become too corrupted.

Dorian usually likes to stick to his duties and when those are done, he will sneak off to the library in the mansion to read, as Dolls usually do not go to school. On Sundays, Dorian goes to the local church to stand outside the door and listen to the service and the choir sing. He treasures this time, for it is the only time when he feels at peace.