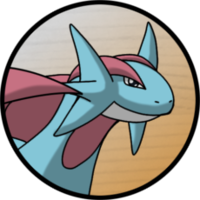 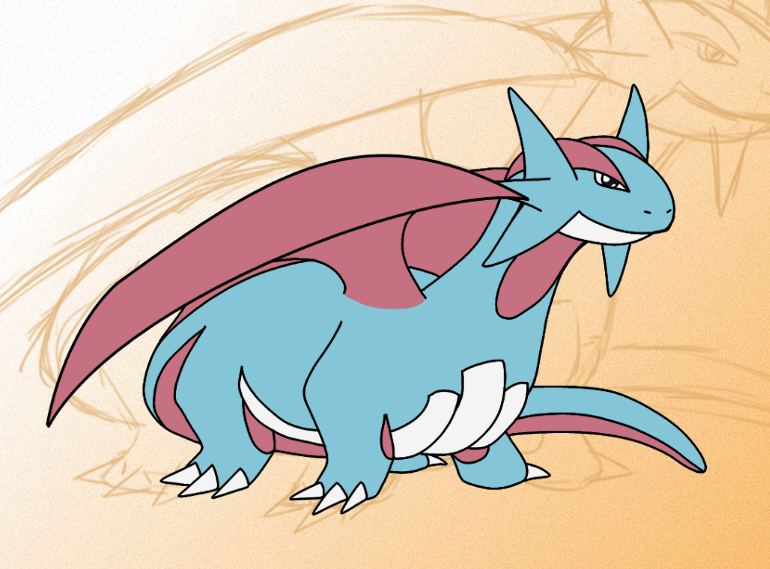 Bron is a three meters long dragon. His coloration isn't quite as vibrant as commonly seen in other Salamence. He also has soft features and a few extra kilos of fat in his body.

Bron was born into the cold, harsh mountains of Zaumla, where he lived together with his mother Salamence. But after one particularly fierce snow storm the mother never returned to the nest, so the young Bagon was forced to also leave the nest behind in order to find something to eat. He stumbled to the foot of the mountains and met something he had never seen before: a human. He felt like the strange creature was trespassing in his territory and it was his duty to chase it away. But the human happened to be a Pokémon trainer, so after a short but rough battle the trainer, Reliam, managed to catch the Bagon and add it to his team.

In Reliam's care Bron eventually evolved into Shelgong and even Salamence and became one of the trainer's strongest fighters. He also became very close with Calypso the Milotic. When they as well as their trainer had grown up Bron and Calypso even started to pop out a decent amounts of eggs every spring, which meant a lot of work but also some extra money for Reliam's family. Bron was also bred once with Lucas's female Salamence, but there were no particular feelings between the dragons; it was just something arranged by their trainers. The Bagon born from that instance was then given to Reliam's daughter Marilyn.