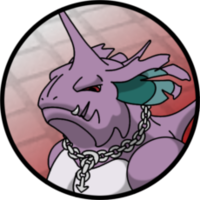 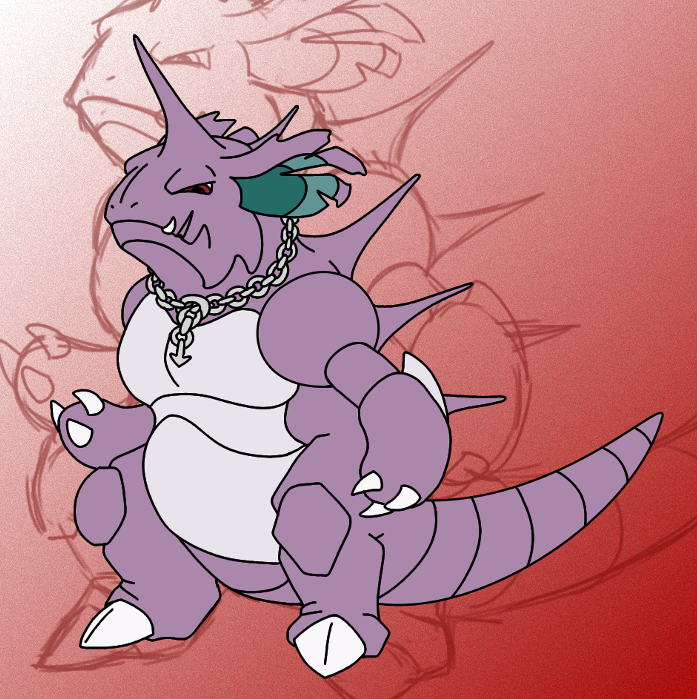 Grumpy, lonesome, selfish, distrusting, unpredictable. Has violent tendencies that are only barely under control.

Jerico is a 160 cm tall heavily armored porcupine. His ears are badly torn and he has one scar on the left side of his upper lip. His eyes are red. There is a chain collar around in his neck and from the collar hangs a (dyed) Poison Barb.

Jerico hatched from his egg in the rainforest of Ruinuy alone, without parents or anyone else to take care of him. Life was harsh from the very beginning and Nidoran's coping mechanism was to become even harsher himself. He stumbled from fight to fight and got his ears torn by a Murkrow in the process, until he one day was challenged into a battle by a trainer. Reliam and his Bagon Bron managed to beat him, but Jerico poisoned Bron before going down. Reliam caught Nidoran so he could show to the Pokécenter nurses what kind of Pokémon had poisoned his precious dragon. Afterwards the trainer decided to keep the poisonous creature, as he was quite impressed by its fierce nature.

When Jerico was still a tiny Nidoran he was relatively easy to keep under control, but when he evolved into Nidorino he attacked Reliam's friend Charlotte straight away and managed to wound her badly. For a long while things didn't show any signs of getting any better and violent, unpredictable Jerico spent most of his time confined into his ball. Finally Reliam realized he could take his problem Pokémon into an official training school, but the school was more expensive than he had thought and unfortunately he had yet another difficult Pokémon, Jynx named Alora, who would've been also in need of some help. Unable to take care of both Reliam made his two problem cases fight each other to death, and Jerico was the one to come out of it as a victor. He was then left to the training school for several weeks and lo and behold, the school actually managed to hammer some obedience into the Nidorino.

After that Reliam was finally able to start training Jerico properly. He became decent but a bit unreliable fighter and eventually the trainer decided even to evolve him once more, no matter how there was a change of unwanted side effects. But this time everything went well, as Jerico had had enough time to grow out of his "kill or be killed" attitude. He never became quite trustworthy though, and was for example never let close to Reliam's kids. Because kids are kids the twin girls did sometimes sneak to see the beast, and were then traumatized by seeing how it crushed a passing by Rattata apparently just for the sake killing something. Because even though Jerico had calmed down during the years he never completely lost his thirst for blood.