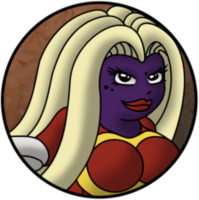 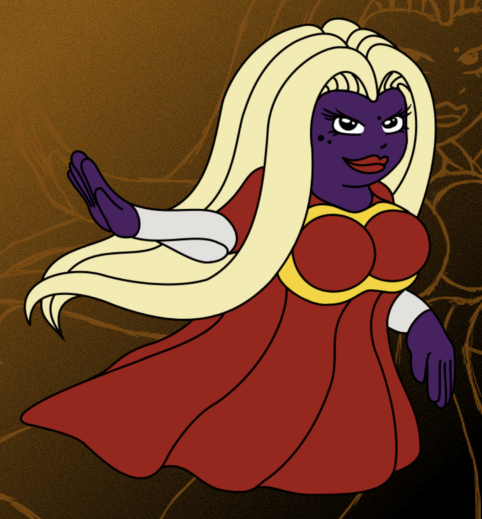 Intelligent, talkative, innovative, protective. Sadly all of her good qualities have been overridden by the Heart Ball she's captured into. It makes her possessive, obsessed and jealous towards her trainer.

Alora is a 150 cm tall snow witch. She has three small dark spots in her face and a bit leaner body type than most Jynx.

Alora originally comes from a Pokémon breeder in Unova. From there she was bough by a kind young female student who wanted a psychic Pokémon for a companion, without any intention to ever use it in battling. With her new owner Alora spent a few happy years, until the owner started to study Team Plasma's ideology and finally came into conclusion that her Pokémon would be happier in wild. That's why she released Alora into Misrea's Dirokonijâ. Jynx never really understood the good intentions behind her owner's actions and instead felt like she had been abandoned. She tried to look for the human, but as she never found her she was stuck in her new environment. She was just starting to get used to it when she met Reliam, who pretty much accidentally caught the Jynx for himself.

To make things even worse Reliam had caught Alora into a peculiar ball that he had found lying on the ground. It was actually modified to make the Pokémon tied to it love its trainer unconditionally, which Reliam obviously didn't know. That's why he was really baffled when the Jynx turned from protective pacifist to love-struck maniac instantly after getting caught. She spent all of her time plotting new ways to get Reliam for herself, which proved to be even somewhat dangerous thanks to the Pokémon's cleverness and psychic abilities. More than anything else it was also humiliating and embarrassing, and Reliam didn't tell about his problems or even about the Jynx's existence to anyone if he didn't have to.

After a long while Reliam finally managed to find out the reason behind the mess, and at the same time he also learned that the Heart ball was extremely valuable to some collectors. Sad thing was it couldn't be fully separated from Alora without breaking the ball or killing the Pokémon. As the trainer would've really needed the money to take care of yet another problem Pokémon of his, Jerico the Nidorino, he set up a match between Alora and Jerico - a match to death. Jynx had a type advantage against the Nidorino, but Jerico managed to poison his opponent and despite fighting as hard as she could Alora eventually lost her life. Thanks to that Reliam was able to sell the Heart ball and leave Jerico into an expensive training school, but the cost of that was still much larger than something that could've been measured in money.