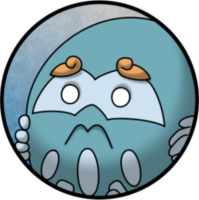 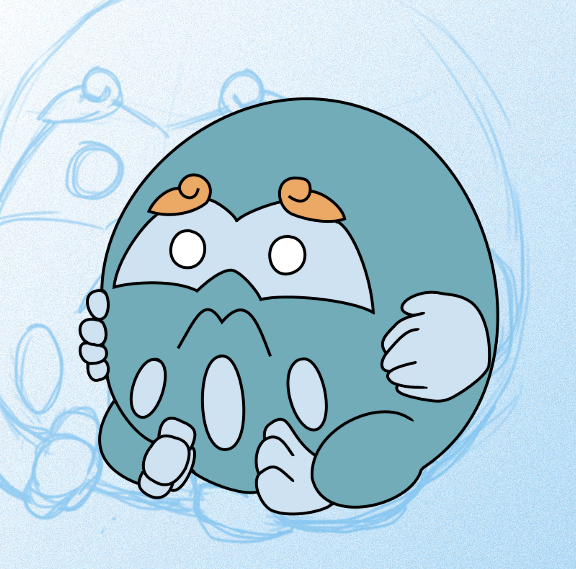 Timid, jumpy, impressionable and eager to please. Is afraid of surprises and might react unpredictably to them.

Zel is a 130 cm tall fire ape. Though unlike most other Darmanitan he likes to spend most of his time in Zen Mode. He always seems to have more or less worried expression.

Zel was caught by Reliam when he was still a Darumaka. Even if the Pokémon seemed to be afraid of everything new, he was also a powerful fighter and extremely obedient, which made training him quite pleasant compared to some of his team mates. When Zel evolved he also had a surprise waiting: he was capable of transforming into Zen Mode. As soon as the Pokémon learned to control his alternative form he started to spend more and more time in it, until he didn't really turn back into traditional Darumaka unless it wasn't absolutely necessary.

In his new team Zel was at first wary of every other Pokémon, but eventually kind and compassionate Calypso managed to make friends with him. And along the Milotic came of course Bron the Salamence, who Zel also learned to tolerate. Eventually he even started to hide behind the strong dragon's back whenever he felt like something was threatening him, even if in reality he would've been able of protect himself quite well.