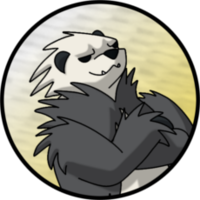 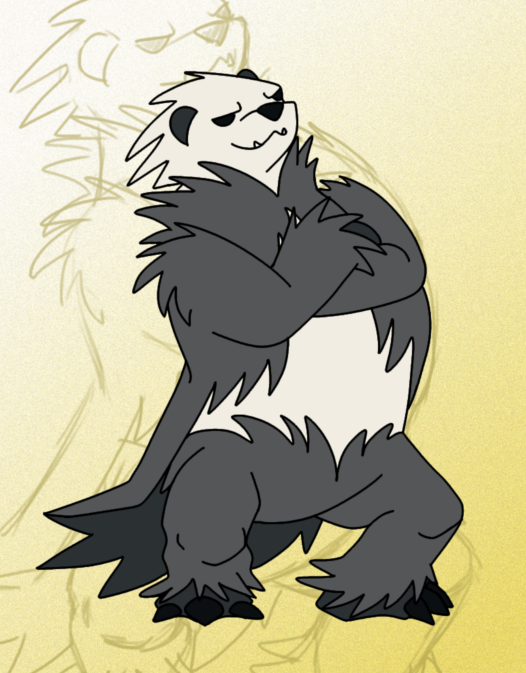 Bold, confident, talkative and supportive. Might seem to be just a buff show-off, but is actually kind and caring towards anyone she likes.

Madara is a two meters tall fighting panda. She looks just as smug as any other Pangoro and even if she likes to chew on leaves and sticks, there isn't a twig hanging from her mouth 100 % of the time.

When Madara was caught by Reliam she had already some age behind her and wasn't all that far from evolving. As soon as she then did change her form from Pancham to Pangoro and started to train seriously, she showed signs of being rather valuable addition to the team, which after Madara was finally complete and had six Pokémon in it.

Even if Madara was the last Pokémon to tag along, she was all but left into the sidelines both battling and relationship wise. She made friends with most other Pokémon, including Saramu, who had always felt somewhat lonely in the team. After some time and effort Madara also became nearly as strong and reliable as both Saramu and Bron, but she was more eager to fight than either of the two. Therefore she was the team's main driving force when Reliam tried to conquer Misrea's League. The team never managed to became Champion as for Reliam life got into his way and he had to focus on other things after a few tries, and Madara seems to be the only Pokémon who still years after that dreams of going back to the league and taking finally the title for herself.