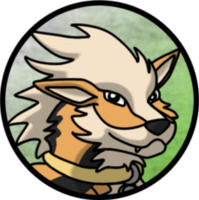 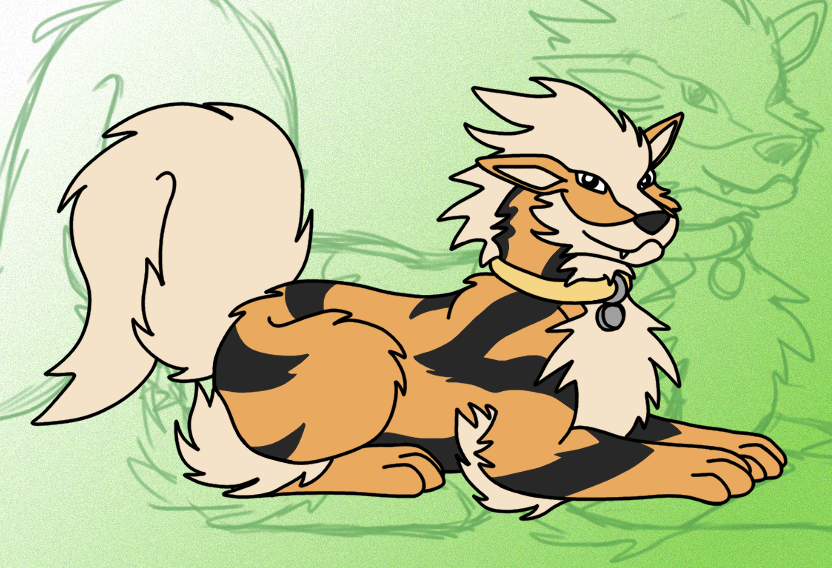 Calm, righteous, caring and suspicious towards strangers. Has a very strong guarding instinct.

Sofia is a 170 cm tall fire beast. Her fur color is tinted more towards yellow than orange. She has a pale yellow collar around her neck.

Sofia was never a wild Pokémon and instead comes from a Pokémon breeder. She lived with the breeder and her big bunch of Growlithe and Arcanine in Nehdus for a rather long while, as the owner didn't have much luck in finding a good home for her. But then into the picture stepped Miranda, a young girl who was interested in starting a small-scale breeding project of her own. Sofia was finally sold to her.

As Sofia was already nearing adulthood when she became Miranda's Pokémon it was rather soon afterwards when she was also evolved to Arcanine with Fire Stone. While waiting her to mature Miranda also trained double battling with Sofia and Veeti the Whimsicott a bit. The two Pokémon formed quite a nice team, even if they weren't all that interested in serious competitive battling. When Sofia finally came to age she was bred with another Arcanine from her original owner. Despite Miranda being really nervous throughout the whole time everything went just fine and soon Sofia was a mother of a couple of cute Growlithe puppies. They were eventually sold to new owners and thanks to everything going pretty smoothly Mirada gained more confidence in choosing Pokémon breeder as her future career.