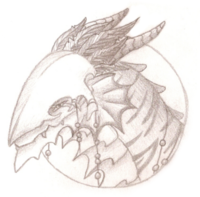 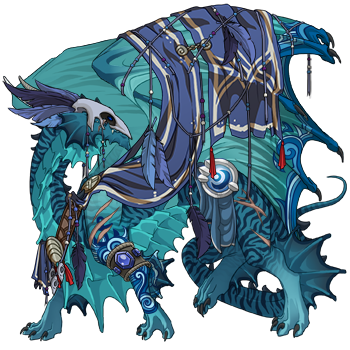 Silent, sturdy, protective, calm, collected. Seems to get irritated when facing female Guardians larger than herself.

Carran left her original clan to begin her search, like most of the Guardians do. During the journey an energetic Fae Marus decided to tag along, despite Carran's resistance. Only after the smaller dragon got himself into a really tight corner in a fight against Roc, Carran started to accept the fact that she actually saw Marus as her charge. A bit later they also became mates and settled down to the Seafoam clan's current location.
There is an ongoing debate within the clan members about how dragons with such a huge size difference actually reproduce, but no one has the guts to joke about it in Carran's presence.