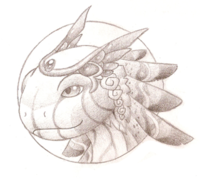 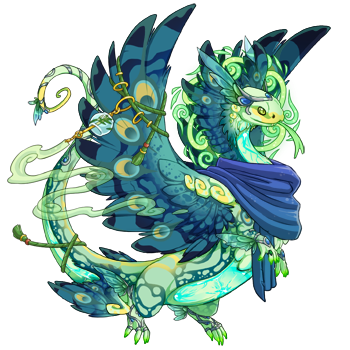 Innas originates from the same clan as Tuuli, Tuiske, Auer and Prina. He is about the same age as the first two and was their friend before they left their birth clan. Innas stayed behind, but after he met Chrii and took him as his mate, the two decided to seek a new home together. Though having at least something familiar around felt so tempting that they followed Tuuli and Tuiske and joined the ranks of the Seafoam clan.
Even if Innas is a bit lazy and sluggish with physical activities, his mind is sharp and memory precise. He is also exceptionally good with numbers, which made him become the hoard keeper of the clan. He remembers without a doubt which item was brought in by who and who was the one to ask last month for some extra food from the storage. All in all dragons can surely depend on him keeping their items safe, even from Ridgebacks looking something to borrow.