Arietevai are a species similar to satyrs, but they are half-human and half-deer. They are humanoid in appearance, the giveaways being their deerlike ears, noses, and antlers, and the fact that their legs are those of deer. All of these species have antlers, regardless of gender, and they live in two tribes, the North and South tribes. Currently, the Prince and Princess of each tribe (Mason and Vera) are set to be married so the tribes can become one and establish peace.

The North and South tribes have been at each other since their conception when two brothers both wanted to be leader and split the land. The result was hundreds of years of fighting over territory and who should be the rightful leader, spanning multiple generations. The two current leaders, Sam and Alces, are brothers born of a mother from one tribe and a father from the other. When they discovered they were brothers and that they had the opportunity to end the cycle of war that had begun with two brothers. The solution was to have their children, Vera the daughter of Alces and Mason the son of Sam, marry*. The current timeline is set right before the marriage, when the two of them don't know each other very well yet and the tensions are still high within the tribes.

Arietevai are the current "leaders" of this universe, but they are not the only type of species on the continent. One of the other most prominent are the Taur people, a different kind of hybrid where instead of being humans with animalistic characteristics, their bottom half is that of the animal they are a hybrid of.

*They are in fact cousins by human standards, but keep in mind this species is much different than humans, so their customs are as well. Not to mention, royal families of humans do this shit all the time, so like, its whatever. Spoiler alert but they aren't going to ever actually get married anyways. 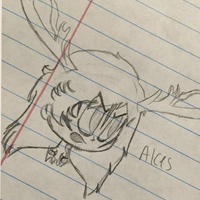 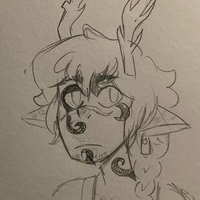