ElectroSpanz is a personal digital artist for aesthetic themes. Although laid-back, she tends to hold her anger until she couldn't take it anymore, but she is also nonsensical for laughs.

Love of general rock, electronic songs and sometimes jazz and country, she tends to get pretty picky over what music that interests her and what music she doesn't have interested on. She may not be a fan of movies, but she's into watching some shows that spiked her interests. She may feel empty, but she has a family she keeps in tact when things become a lonely hill for her. Migration and a vent.

Posted 6 months, 5 days ago by ElectroSpanz

...You heard me right. I'm taking DeviantArt off of my list of social things. Here's why.

Take note. This is copied from Newgrounds.

DeviantArt has decided to announce that the old look would be retired to be replaced with Eclipse, which caused alot of backlash from those who wanted to keep the fanbase. I get it. I get it...

The website is a disaster in my opinion. Not wailing to listen to their regulars and other stuff. So i planned to migrate here once Eclipse takes over on May 20th and also remain on Toyhou.se and maybe even have FurAffinity become the secondary account, which is understandable since the website is dedicated to furries.

But you know. When your memories is filled with things that you have accomplished, you'll understand there will be important things you'll missed. But to me. DeviantArt was a thing for me since 2011 and been there for 8 years. But unfortunately when there's a line to draw, they step it over and cause a massive backlash. It's like a deja-vu moment where Tumblr banned all NSFW content that people love to nab on.

I don't use Twitter often because it would cause some problems in my mind regarding image looking. Plus it gets easily lost by retweets and the search section when you have to find a particular image to look at causes alot more images to meddle into it. Although i don't mind Twitter's new design. It's the concept that drove me off. Which is a shame since i wanted to get to know more about some artists.

So for now on since Tumblr and DeviantArt are being fallen off of my map, i'll move to this website, Toyhou.se and FurAffinity. I do also own Discord, but it is for friends only. Sorry about that.

Anyway, that's all i could say. I wanted to get this word out there to vent out my frustrations in my silent mind. Especially after the fact one of my acquaintances had passed away, Rick May's passing (Godspeed you magnificent bastard.), TF2 getting their source code dumped and causing panic over potential safety and the temperatures not wailing to increase it in the place where i'm at. (It's natural in Canada.) April has been one of the worst months i have to deal with this year. Just hope i might have better luck in May. And i hope my mom gets it too. 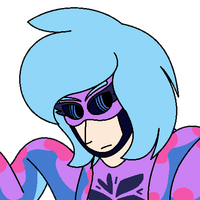 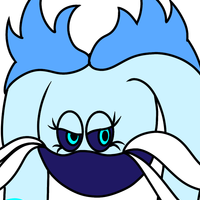 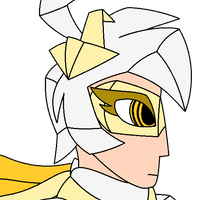 Thank you for drawing flicker!

Kinda unexpected since I don’t really get random art all that much so it was nice to see.

No hard feelings! I only did this because i have a Pikachu Fever. Xd

Thank you for the favorite! <3