After his planet is invaded by All-Conquering Overlord Hadris Torant, ordinary human being Orange ends up getting caught in the middle of a conflict ignited by anti-Hadris forces. And by caught in the middle of, I mean he ends up down a couple limbs and nearly dies. Thankfully Hadris' people take care of him and get him fixed up, and Orange decides he'd rather be on Hadris' side. He lucks into a position as an intern working right under the All-Conquering Overlord himself, and soon enough he ends up as Hadris' personal assistant. Orange ends up becoming involved in the affairs of Hadris and his closest aides - the Representatives - which leads to all kinds of wacky shenanigans and misadventures!

...Of course, an evil empire can't just be fun and games. It doesn't take Orange long to stumble into Hadris' darkest secret, a secret that threatens to violently reveal itself to the rest of Entirety any day now.

i uh. didnt rly know where else to fit hadris and his lil mortal pals. but i mean they are main characters So 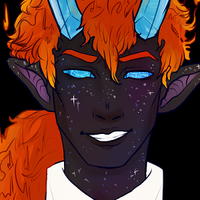 While said to be 12 of Entirety's fiercest warriors, the truth is that the Representatives are simply Hadris' color-coded best friends and most trusted allies. They accompany him on his invasions, messing with chosen ones and aiding Hadris in his takeovers. While they might not automatically be the most powerful beings in existence, none of them are still anything to mess with, having the best training and access to resources any villain could ever ask for. 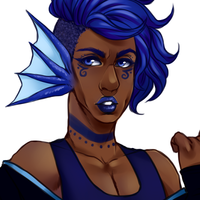 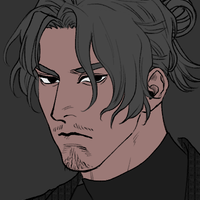 Other allies of Hadris, from former Representatives to humble food court employees who work in his personal realm.

Despite Hadris' best efforts, his greatest enemy - Memen - still exists, patiently waiting in her prison Reality for her next chance to break out and begin destroying his empire. To this end she's sent what allies of hers remain to foil Hadris' plans at every turn, all the while searching for a way to release Memen unto Entirety. 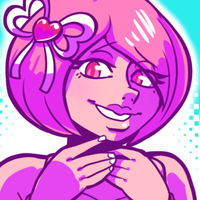